A 24-hour strike in Portugal disrupted public transportation and grounded flights after trade unions staged a general strike against austerity measures adopted in return for a $104bn international bailout.

More than 470 international flights were cancelled, while about one million commuters had to make their way to
work on Thursday without regular bus or train services.

The walkout came amid increasing hardship as Portugal, one of western Europe’s vulnerable economies, sheds jobs and sinks deeper into recession.

The strike was one of the biggest in Portugal’s history, where mass industrial action is rare.

Al Jazeera’s Barnaby Phillips, reporting from Lisbon, said the way the strike was being played out would have different versions – the state’s and the protesters’.

“But for the most part it has not been a tremendously large protest, but trade unions are bringing in supporters throughout the day to swell the numbers.”

Portugal is locked into a three-year programme of debt-reduction measures in return for the financial rescue package from its European partners and the International Monetary Fund.

Parliament votes next week on a deficit reduction plan imposed as a result of the EU and IMF bailout.

Pedro Passos Coelho, the prime minister who came to power in June after the previous socialist government collapsed over the cuts, said the country’s priority was to beat the debt crisis.

“It is up to me to try to mobilise the Portuguese for action every day to contribute to transform Portugal”, he said.

Coelho defended the right to strike but added “it’s important to find a way out of the crisis through hard work”.

The government proposes spending cuts across a broad range of public services, including health care and the armed forces, and tax hikes as a condition on receiving the bailout.

Ratings agency Fitch has blamed Portugal’s “large fiscal imbalances, high indebtedness across all sectors, and adverse macroeconomic outlook” for its decision to cut the country’s rating by one notch to BB+.

“The Portugese government will not be pleased with people at Fitch because its report could not have come at a worse time”, our correspondent said.

“Because those reports, which ideally should be objective, become self-fulfilling prophesies and scares off investors if its credit rating is that of a junk status – it makes it difficult for them to borrow money in the future.”

Also planned is the elimination of Christmas and holiday bonuses equal to about a month’s pay for most public sector workers and allowing private firms to extend the work day by 30 minutes without overtime pay.

Unemployment is up to 12.4 per cent and prospects for an improvement are grim as a double-dip recession is forecast to worsen next year. 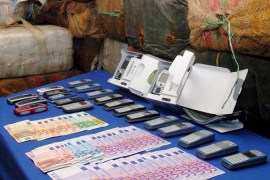 Portugal and the drug war

The decriminalisation of drugs in Portugal has been a success, but austerity measures may threaten drug treatment. 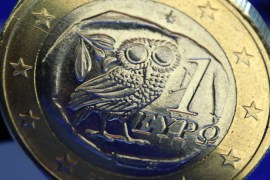 As Europe staggers from one crisis to another and governments topple, when and how can this end?