Brazil could place fines of more than $145m on Chevron over its oil spill, and the US  energy giant could be barred from operating in the country’s deepwater fields, officials say.

Brazil’s environment agency Ibama fined Chevron $28m on Monday for the environmental damage caused by its leaking well off Rio de Janeiro state,. It said that overall penalties could eventually total much more.

The National Oil Agency (ANP) has launched proceedings to impose two additional fines of $28m each on Chevron for releasing “false information” and for not having adequate equipment to contain the spill.

The Rio de Janeiro state said it would seek compensation from Chevron for “damage to the marine biodiversity and other coastal ecosystems” that could reach $56m.

The US firm must also satisfy Ibama that it followed appropriate emergency procedures.

In case of violations, Ibama could impose an additional penalty of $5.5m, bringing the total cost Chevron faces to $145.5m.

On November 8, a helicopter from Brazil’s state-owned oil company Petrobras  spotted a crude oil slick on the ocean and the leakage was traced by an underwater robot to a well 1,200-metre deep near the Frade field, 370km northeast of the Rio de Janeiro coast.

On November 11, Chevron began cleaning the slick, which according to ANP has now been reduced to 2sq km.

Our technicians and those of Ibama say that two thirds of the oil have not reached the surface… Tar spots are going to appear on beaches of Arraial [do Cabo], Angra dos Reis, Ubatuba within two weeks or a month,” Carlos Minc, Rio state’s environment secretary, said.

“Four days [to begin cleaning] is too long. The oil spill is like a fire, the first hour is critical,” David Zee, an oceanographer who is advising the federal police in the case, said.

He said 2,400 barrels of oil seeped into the ocean between November 8 and 15 but ANP and the non-governmental organisation respectively have reported 3,000 and 29,904 barrels.

Chevron said on Tuesday there was no new leakage at the Frade project oil spill.

The company could lose its authorisation to take part in exploration of recent sub-salt oil fields.

These fields are off the country’s southeast Atlantic coast beneath kilometers of ocean, bedrock and hot salt-beds.

The government had planned to examine Chevron’s bid for sub-salt oil exploration this week. However, Harold Lima, the NP chief, said the US firm now finds itself in a “very complicated situation”. 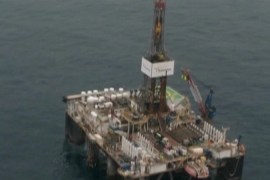 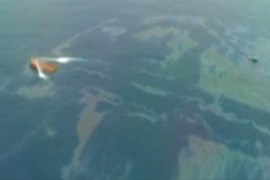