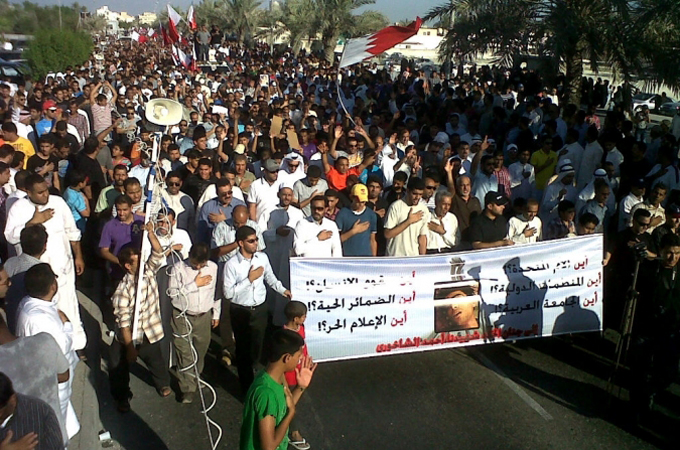 A controversial US plan to sell $52mn worth of weapons to Bahrain has moved one step closer to completion, according to the state department.

Early media reports on Tuesday suggested that the deal had already been finalised. A spokesman for the state department, though, said that the agreement was still tentative.

But it has cleared a key hurdle: no members of the US congress formally objected to the deal, and the period to file such objections ended last week.

“There was some concern… but no members of congress filed formal complaints during the notification period,” the spokesman said.

The proposed arms sale includes Humvees, TOW missiles – typically used as anti-tank weapons or against buildings – and other equipment.

Stephen Seche, the deputy assistant secretary of state for Arabian Peninsula affairs, said the weapons would be used only “for the external defence of Bahrain.”

Earlier this week, five US legislators – including Richard Durbin, a senator from Illinois and the assistant Democratic leader in the senate – sent a letter to US secretary of state Hillary Clinton urging her to postpone the sale.

“The United States must make it clear to the government of Bahrain that its ongoing human rights violations and unwillingness to acknowledge legitimate demands for reform have a negative impact on its relationship with the United States,” the senators wrote.

But they did not go further and file a formal complaint about the proposed sale, according to the state department.

“At this point congress has expressed no concern, no opposition to this sale,” Seche said. “So the intent is to go forward with this process.”

Federal law in the US requires that congress receive advance notice of most proposed arms sales. Legislators can block the proposed sale by passing a joint resolution of disapproval.

The tentative agreement with Bahrain has been criticised by dozens of human rights groups, who urged the Obama administration last month to block the sale until the Bahraini government “ends abuses against peaceful protesters and takes meaningful steps towards political reform”.

“Bahrain has taken no meaningful steps towards accountability,” Maria McFarland, deputy Washington director at Human Rights Watch, said last month. “And Bahrain’s rulers will have little reason to really reform so long as their main international ally resumes arms sales as if the situation were back to normal.”

Dozens of people have been killed, and thousands more wounded or arrested, during months of political unrest in the Gulf kingdom.

Bahraini security forces have been accused of widespread human rights abuses; they have tortured detainees, targeted doctors and other medical personnel, and destroyed dozens of mosques across the country, according to independent reports and human rights groups.

The Bahraini government established a commission in June to investigate claims of torture and other abuses; it is scheduled to report its findings later this month.

Many members of Bahrain’s opposition say they have little confidence that the commission’s report will be unbiased.