Human rights organisations have called on Barack Obama, the United States president, to address abuses in West Papua during the his visit to Indonesia.

The campaign, headed by US-based group Human Rights Watch, comes after several months of unrest in the eastern Indonesian province.

A central issue facing Papuans is their alleged ill treatment by the Indonesian unit of the US mining company Freeport-McMoRan.

Step Vassen, Al Jazeera’s Indonesia correspondent, reports that the workers at the gold and copper mine, who earn an average of $1.50 per hour, are demanding a pay rise of 300 per cent. Freeport Indonesia has offered them an increase of only 35 per cent.

The controversial Grasberg mine is reportedly the most profitable in the world, yet the miners say their salaries are far lower than international norms.

Papuans have been protesting over their alleged treatment by Freeport and some have resorted to illegally extracting gold from a broken pipeline that belongs to the company.

Up to 20km of pipes were vandalised after thousands of miners went on a strike more than two months ago. The broken infrastructure has paralysed the mine and pushed some impoverished Papuans to search for gold on their own.

Two striking workers were shot by police and three were killed by unidentified gunmen in October.

On Friday, unidentified gunmen killed a mining company guard and wounded two policemen in a patrol car near the mine, according to Wachyono, a spokesperson for the Papua province police who uses only one name.

Speaking to Al Jazeera on Saturday from Jakarta, Andreas Harsono, Indonesia consultant at Human Rights Watch, said Papua has had to endure at least five waves of violence since it was taken over by the Jakarta government.

“They feel they are being treated as a colony of Indonesia,” he said. “The Indonesian government had promised to give special autonomy to Papua … but Papuans do not feel this has happened.”

Harsono said the issue with Freeport is very contentious , and has been so since the company entered Indonesia in the late 1960s.

“Indonesia officially took over Papua in 1969, but gave Freeport the contract for Papua beforehand,” he said. Harsono said Papuans argue that Indonesia signed a contract for land that was not theirs to give away.

Another sensitive issue concerns the reaction of the Indonesian government to a pro-independence gathering that took place in Papua last month. Security forces broke it up, leaving three people dead and over a hundred others injured.

When Hillary Clinton, the US Secretary of State, expressed concern about abuses in Papua last week, the Indonesian government responded with irritation. Now, with Obama visiting, Indonesia has said Papua is not on the agenda, but many people believe it is an issue that cannot be avoided. 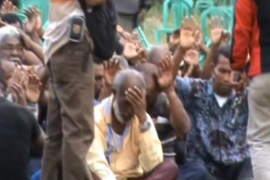 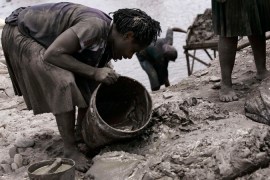 Tension persists at Indonesia gold mine

Freeport appeals for security as strike by workers over low wages takes its toll on production and supplies. 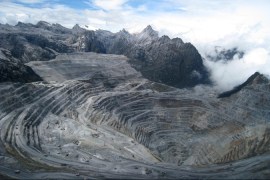 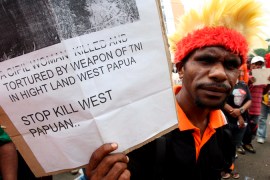