The US intends to sanction Iran’s petrochemical industry, sources familiar with the matter say, seeking to raise pressure on the Islamic republic after fresh allegations it may be pursuing nuclear weapons.

The sources said on Friday that the US wants to send a strong signal after the IAEA, the Vienna-based UN nuclear watchdog, issued a report on November 8 saying that Iran appeared to have worked on designing an atomic bomb and may still be secretly carrying out related research.

The sources, who said the sanctions could be unveiled as early as Monday, said that the US wanted to find a way to bar foreign companies from aiding Iran’s petrochemical industry with the threat of depriving them access to the US market.

While European nations typically resent “extra-territorial” US sanctions on their companies, the sources, who spoke on condition of anonymity, said in this case the Europeans would probably follow suit, though not immediately.

US firms are barred from most trade with Iran. The US push is therefore aimed at foreign firms by in effect making them choose between working with Iran’s petrochemical industry or doing business in the vast US market.

It was not clear what authorities the Obama administration planned to invoke to impose the sanctions or precisely how, and how much, they would hurt Iran’s petrochemical sector.

Discussion of the idea comes amid Israeli media speculation about the possibility of a military strike to try to destroy Iran’s nuclear facilities.

The US suspects Iran may be using its civil nuclear programme as a cover to develop nuclear weapons. Iran has insisted its programme is purely peaceful.

Last year the US congress approved sanctions that targeted Iran’s energy and banking sectors, threatening to penalise foreign companies that did business with Tehran.

Those sanctions took particular aim at Iran’s ability to refine crude oil into petroleum products such as petrol.

The sources said there had also been discussion of sanctions on the Iranian financial sector, possibly by limiting certain transactions through the Iranian central bank, but not through a blanket effort to cut it off entirely.

While US officials last week said the idea of cutting off the Iranian central bank entirely was off the table for now,
several sources said there had been consideration of more limited measures.

The sources said the US was reluctant to try to cut off the Iranian central bank for fear this could drive oil
prices dramatically higher, potentially impairing the US recovery.

The US and its European allies, notably Britain, France and Germany, are seeking ways to raise the pressure on Iran without going to the UN Security Council, where fresh sanctions are all but sure to be opposed by Russia and China.

The Security Council has passed four resolutions imposing sanctions on Iran but both Russia and China have made clear their reluctance to go further for now.

The IAEA’s board passed a resolution on Friday condemning Iran’s nuclear activities following its critical report, but stopped short of setting a deadline for Iran to comply.

Iran, which denies it wants nuclear weapons, has condemned the IAEA’s findings as “unbalanced” and “politically motivated.”

There has been growing pressure from the US congress and prominent Republicans, including presidential candidate and Rick Perry, the Texas governor, and Condoleezza Rice, the US secretary of state, to sanction the Iranian central bank.

Perry advocated the idea in a televised debate on Saturday while Rice did so in an interview with Reuters on Wednesday.

“There is time for diplomacy but it better be pretty coercive diplomacy at this point,” she told the Reuters news agency. “There are many things we could do even without probably the Security Council: sanction the Iranian central bank, deny them access to the financial system through that.”

US congressional pressure is also building on the issue.

Mark Kirk, a Republican senator, introduced this week an amendment he says is intended to “collapse” Iran’s central
bank. His amendment would place sanctions on foreign financial institutions that do business with Iran’s central bank.

A similar proposal by the Democratic congressman, Howard Berman, already has passed a House committee.

One source said that the Obama administration is looking for ways to narrowly target any sanctions that may touch on the Iranian central bank partly to forestall what are seen as much more far-reaching proposals in congress. 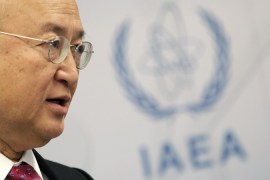 IAEA passes resolution calling on Iran to clear up outstanding questions about its nuclear programme. 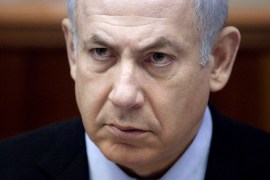 Is Israel preparing an assault against Iran?

The IAEA report on Iran’s alleged nuclear programme was surrounded by a media frenzy in Israel supporting an attack. 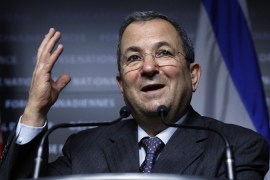 Israeli defence minister walks back from comments that appeared to empathise with Tehran’s alleged nuclear quest.