Kuwait’s ruler has ordered authorities to tighten security measures in the Gulf Arab state and conduct possible arrests after parliament was stormed by anti-government protesters angered by high-level corruption allegations.

The steps by the emir, Sheikh Sabah al-Ahmed Al Sabah, underscore the deepening political tensions in the oil-producing country.

The rifts in oil-rich Kuwait began before the Arab Spring protests, but opposition factions could be further emboldened by the push for political changes around the region.

Tension has been building over the past three months after it was alleged that about 16 MPs in the 50-member parliament received about $350m in bribes.

Dozens of protesters jumped over police barricades on Wednesday and briefly entered the parliament chamber.

This happened amid attempts by opposition politicians to bring the prime minister, Sheikh Nasser Mohammad al-Ahmad Al Sabah, 71, a senior member of the ruling family, for questioning over claims that government officials transferred state funds to accounts outside the country.

Kuwait’s important affairs are run by the ruling family, but it has one of the region’s most politically active parliaments.

Commenting after an emergency government meeting on Thursday, Ali Fahad al-Rashid, a government spokesman, quoted Sheikh Sabah as denouncing the parliament protest as threatening the country’s “security and stability” and calling for “stricter measures to confront this chaotic behaviour”.

Al-Rashid said the interior ministry and other security forces were ordered to take “all necessary measures to combat any actions that might beset the country’s security”.

The steps could include legal action against the protesters who entered parliament and possible crackdowns on opposition media for “any instigation”, according to the official Kuwait News Agency.

The interior ministry said five members of the security services were injured during the scuffles in parliament. The ministry did not elaborate, and there was no word on whether protesters were injured or detained.

In Washington, Mark Toner, the state department spokesman, praised Kuwait for its “political freedom and co-operation”.

He said it has “a vibrant civil society and an open press environment. So, we would just ask that any peaceful protests be respected”.

The protesters had marched to Sheikh Nasser’s home to demand his resignation, an opposition MP said, but police used batons to prevent them.

“Now, we have entered the house of the people,” Mussallam al-Barrak, who led the protest along with several other politicians and youth activists, said.

They were also calling for the dissolution of parliament over alleged corruption.Some activists said they will continue to camp outside parliament until Sheikh Nasser is sacked.

The opposition has been leading a campaign to remove him, accusing him of failing to run the wealthy nation and fight corruption, which has become widespread.

Fahad al-Khanna, a former member of parliament, told Al Jazeera: “We have already been out in the streets protesting peacefully, we will not abandon our country to a bunch of corrupt thieves, we are urgently calling for an early parliamentary election in the country.”

Kuwait is a longtime Western ally, which could host thousands more US forces under a Pentagon-drafted plan to boost troop strength in the Gulf after the US withdraws from Iraq. 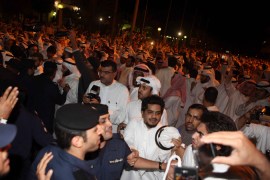 Dozens briefly enter building as hundreds protest outside, calling for assembly’s dissolution amid claims of corruption 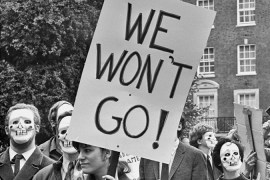 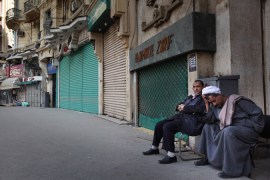 The financial cost of the Arab Spring

What are Egypt’s prospects for economic recovery, and where is the wider Middle East heading? 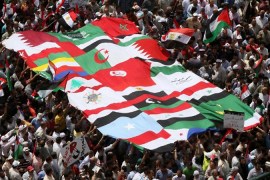 The economics of the Arab Spring

The region’s dependence on natural resources has prevented the emergence of a strong private sector.