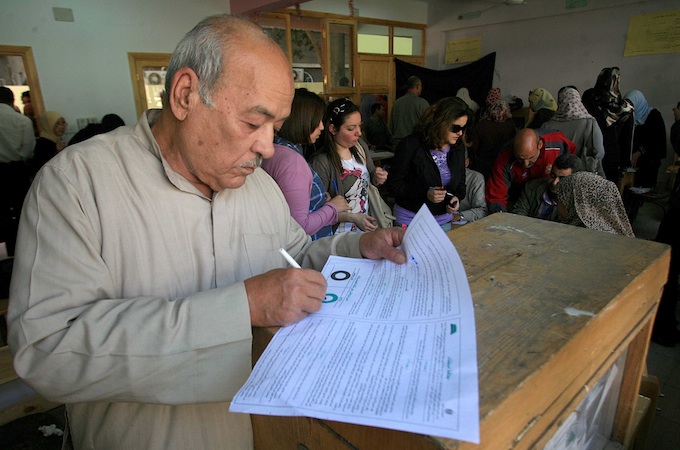 Former members of Egypt’s ruling National Democratic Party will be allowed to run in upcoming parliamentary elections, following a decision from the country’s supreme administrative court.

The court’s ruling is seemingly the last word on the subject, after weeks of speculation on the status of the so-called felool (an Arabic word meaning “remnants”).

The NDP, the party of former president Hosni Mubarak, was officially disbanded in April, but dozens of former high-ranking members are reportedly planning to run as independents in the election, which begins on November 28.

The exact number of ex-NDP candidates is unknown, because Egypt’s High Elections Commission has yet to release a final candidate list.

In its decision, the court argued that it could not deprive ex-NDP members of “their right to participate in political life.”

The high court’s decision came in response to a ruling in Mansoura, the capital of Dakhalia governorate in the Nile Delta region. An administrative court there ruled on Thursday that former members of the NDP should be barred from running for office because of past corruption by the party.

“The individuals who corrupted the economic, social, political and cultural life of this country are ordinary people who were in charge of running the affairs of this party,” the ruling said.

It was unclear, though, whether the Mansoura court’s ruling was limited to Dakhalia governorate. And so the ruling sparked a flurry of similar lawsuits. In Alexandria on Sunday an administrative court rejected a similar request to block an ex-NDP official from running for office.

Monday’s high court ruling, however, applies nationwide, and it cannot be appealed.

The status of these candidates has become one of the most contentious issues in the upcoming election.

Some Egyptians have urged they should be barred completely from public life. A Web site, Emsek Felool (“Catch a Remnant”), encourages people to identify the ex-NDP officials running in their districts and campaign against them. Politicians often accuse their rivals of supporting the old regime, or including felool on their candidate lists.

But former members of the NDP remain popular in parts of Egypt: Many of them leveraged their ties to Hosni Mubarak’s government to build large patronage networks in their districts.

Liberal groups are still hoping that Egypt’s interim government will ratify a promised anti-corruption law, which would bar anyone convicted of corruption from running for public office.