Dozens of political parties and about 6,000 candidates are in the fray in Egypt’s upcoming parliamentary elections.

They represent the diversity of Egypt’s wide political spectrum with their divergent backgrounds and ideals.

Some individuals crowding the political space are more famous than the others.

Al Jazeera looks at some of the prominent players. Though some of them may not be directly participating in the elections, they expectedly would influence the outcome in some measure. 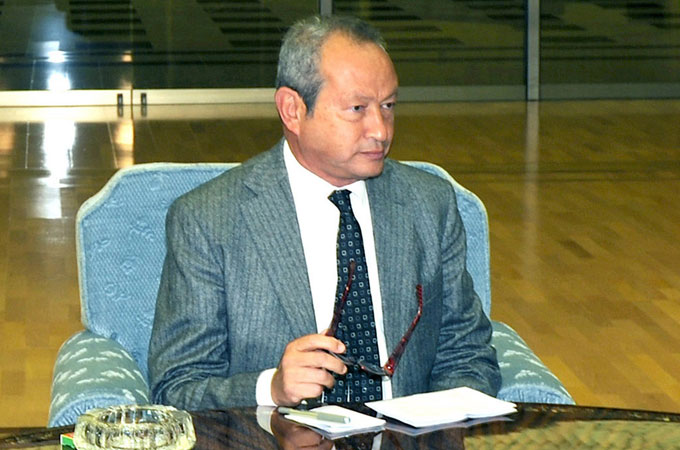 The Coptic telecommunications mogul is one of the wealthiest men in Egypt. In April 2011, the 57-year-old Sawiris announced that he would establish a new political party known as “The Free Egyptians Party” to promote a civil democratic state which respects the freedom of religion and equality for all citizens.

Sawiris played a large role in the opposition’s negotiations with the interim government following Mubarak’s resignation.

He is a member of the Egyptian Bloc, which main members include his party and the Social Democrats.

Sawiris’ party has used the slogan “We build the future together so Egypt restores its glories”. 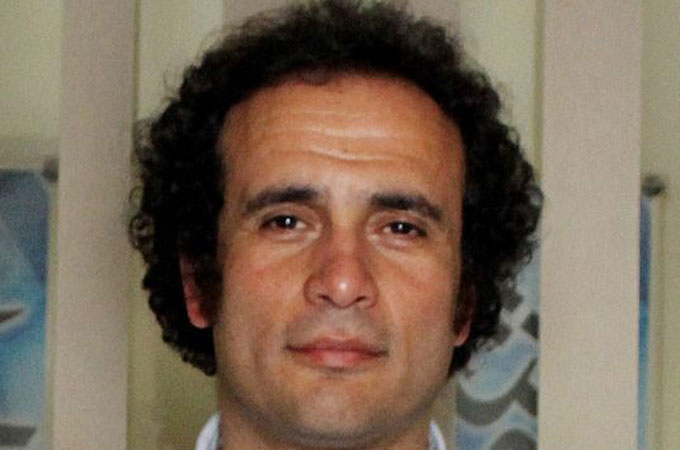 Amr Hamzawy is the president and founder of the Egypt Freedom Party, a liberal political party with social democratic leanings.

He participated in protests during the January uprising against Hosni Mubarak and was the spokesman of the “Board of Wise Men”, a group of experts set up during the revolution to negotiate between the protesters and the government.

During the political manoeuvring following the fall of Mubarak, Hamzawy changed his position several times, first saying he would join the Free Egyptians, then pledging himself to the Social Democrats, then forming his own party within the Egyptian Bloc before finally moving it to the Completing the Revolution Alliance. For a brief period, he even seemed to gain the support of the Brotherhood-led Democratic Alliance.

Hamzawy is a prominent commentator on Middle Eastern affairs. He was formerly a senior associate and research director at Beirut’s Carnegie Middle East Center.

Hamzawy is running for parliamentary elections in Cairo’s well off Heliopolis district.

Saad Al-Katatni is currently the Secretary-General of the Muslim Brotherhood’s political party, the Freedom and Justice Party. He was the head of the Brotherhood from 2005 to 2010.

Al-Katatni met with the liberal presidential hopeful Mohamed ElBaradei in June 2011 to announce that the Brotherhood would join the National Association for Change (NAC) in a signature campaign for constitutional and political reform.

He has expressed fears that Egypt’s ruling generals are working to perpetuate their hold on power. On November 6 there was a proposal from the military-appointed cabinet to shield the armed forces from any oversight and give generals a veto over legislation dealing with military affairs.

In response, al-Katatni said: “This route goes against the will of the people and will lead to another revolution.”

Tareq al-Zumr is the founder of the Building and Development Party, which was formed following the January 2011 uprising as a political wing of al-Gama’a Islamiyya (Islamic Group), a radical student-driven movement that called for the replacement of the Egyptian government with an Islamic state. The Islamic Group was dissolved in 1981, prior to the assassination of President Anwar Sadat.

Zumr was released from prison in March 2011 after serving 32 years in prison for planning Sadat’s assassination. Following his release he formed the Building and Development Party that has accepted the principles of political pluralism and has renounced violence.

While the party was originally denied a license to participate in the upcoming elections because its platform was considered “purely religious”, the party finally gained recognition on October 2011.

The Building and Development party is now a member of the Islamist alliance. 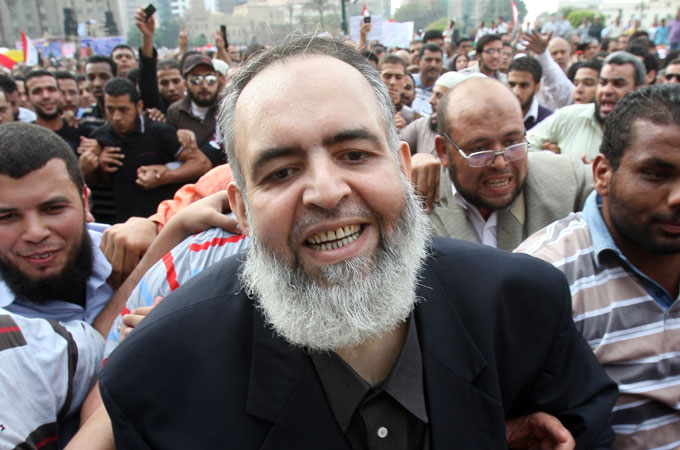 Hazem Salah Abu Ismail, a prominent member of the Muslim Brotherhood, has announced his intention to run in Egypt’s upcoming presidential elections.

Although the Brotherhood had previously said that it would not field a candidate for the presidential elections, Ismail is still running.

Al Masry al Youm, one of Egypt’s daily newspapers, quoted Abu Ismail saying:“We seek to apply Islamic law, but those who don’t want it prefer cabarets, alcohol, dancers, and prostitutions, as the implementation of Islamic law will prohibit women to appear naked in movies and on beaches.”

Abu Ismail describes his platform as focused on Islam, and during the parliamentary elections he supports the Freedom and Justice Party. 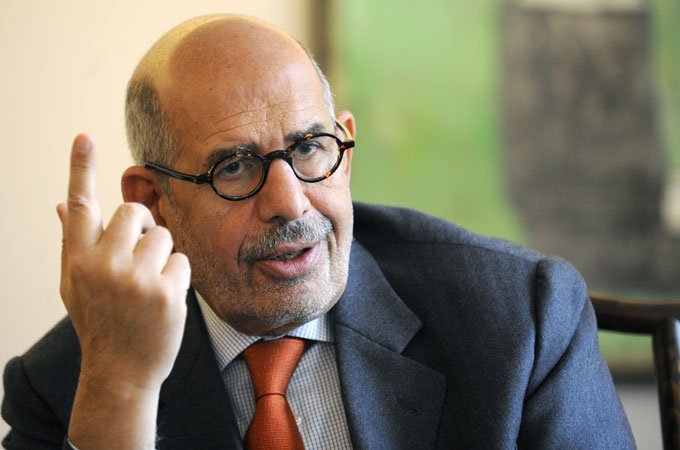 ElBaradei has announced his campaign for president, and is likely to be a leading candidate. However, he has been criticised for grandstanding in Western capitals and lacking political experience.

He is the founder for National Association for Change (NAC), an opposition group formed in February 2010 after 30 politicians, activists, and other prominent public individuals gathered at ElBaradei’s home in Cairo. The NAC was designed to be a broad movement rather than a political party.

ElBaradei has criticised the current Deputy Prime Minister Ali el-Selmy’s supraconstitutional document, which gives the armed forces exceptional power. He has said that the document should be cancelled and a committee should establish a code of ethics that all Egyptians agree on.

During the parliamentary elections, ElBaradei is supporting a liberal bloc of candidates. 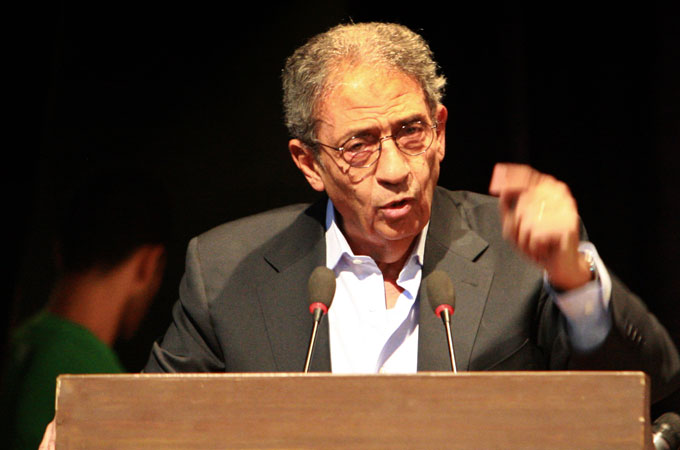 Moussa, who served as a foreign minister under Mubarak and was the chairman of the Arab League, announced he would run for president and is considered a frontrunner in the elections.

Moussa gained popularity within Egypt for condemning many Israeli policies. However, Moussa has been criticised for his close associations with the Mubarak regime. While Moussa joined the protesters in February, he later expressed sympathy for the president and said that Mubarak should not be tried or investigated.

Moussa had previously supported an election process where parliamentary elections come after a presidential election.

In an interview with the Guardian, the British daily newspaper, in June, he predicted that the Brotherhood could take up to 35 per cent of the vote allowing it to construct a coalition and dominate the new assembly.

“Then there would be chaos,” he warned. 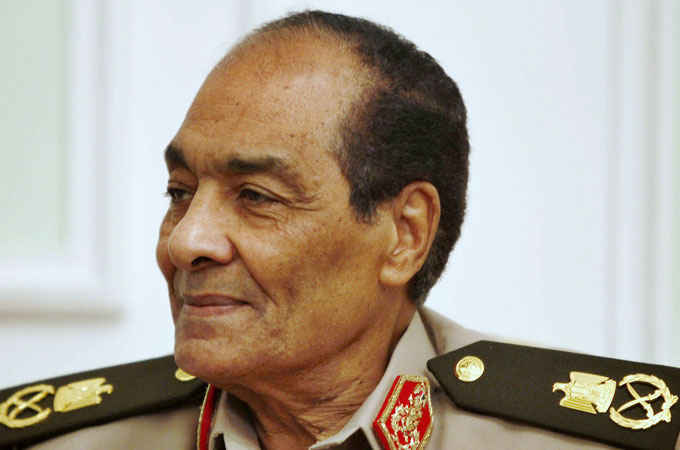 Field Marshal Tantawi is not in the electoral fray, but his conduct as the chairman of the governing Supreme Council of Armed Forces would have a direct bearing on how free and fair the elections would be.

During the mass protests that forced Mubarak to step down, Tantawi famously became the first member of government to visit Tahrir Square on February 4. He is said to have engaged military officers as well as protesters during his brief visit.

Tantawi has declared that the parliamentary elections are a major step in building a “democratic Egypt”.

Many see him as a contender for the Egyptian presidency, when the vote is held in 2013.