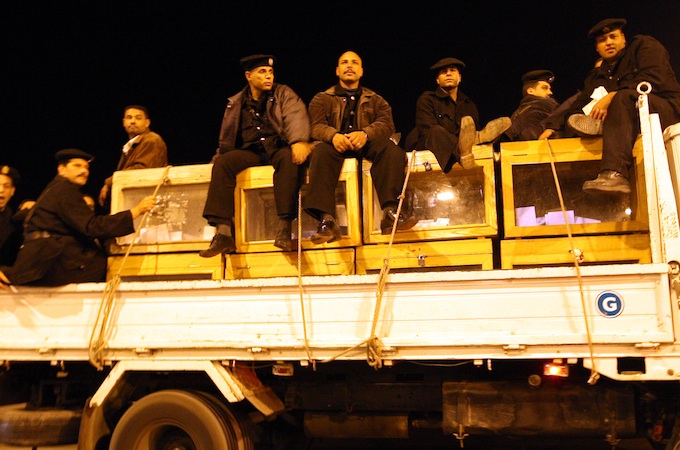 Few elections in Egypt under Hosni Mubarak were worth writing about: The “presidential ballot” was merely a yes-or-no referendum on Mubarak’s rule, decided with a 90 per cent margin, and the ruling National Democratic Party (NDP) took sizable majorities in both houses of parliament.

That changed, slightly, in 2005, when candidates affiliated with the Muslim Brotherhood won dozens of seats in parliament and Mubarak faced his first official opposition in a presidential vote. Neither vote was fair; irregularities were widespread, and Mubarak’s chief opponent was arrested months before the election.

In 2010, the NDP reasserted its near-total dominance over parliament through a deeply fraudulent vote. But in March 2011, a month after Mubarak was toppled, Egyptians turned out enthusiastically to vote in a referendum on constitutional amendments.

Below is a brief history of Egypt’s three most recent rounds of elections:

This was the first officially contested presidential election in Egyptian history, with Mubarak running for a fifth term against several other candidates, most notably Ayman Nour of the Ghad (“Tomorrow”) Party.

But the competition was hardly fair. Nour was arrested in January on what Egyptian and international human rights groups denounced as trumped-up charges of fraud.

He was released in March and allowed to contest the elections, but the government’s intimidation continued: Egyptians in districts across the country said NDP functionaries followed them into the voting booth.

Mubarak won overwhelmingly: Official results gave him 89 per cent to Nour’s 7 per cent, though independent observers placed Nour’s tally closer to 13 per cent.

(Shortly after the election, Nour was sentenced to five years in prison for the fraud charges; he served most of the term and was released in February 2009 on health grounds.)

Results were more surprising in elections for the People’s Assembly, the lower house of parliament. Previous elections were always overwhelming victories for the NDP; independents typically won a few dozen seats, and most of them promptly joined the NDP after the election.

The Muslim Brotherhood was officially banned, so in 2005 dozens of Brotherhood-affiliated candidates ran for office as independents. They won 88 seats, nearly one-fifth of parliament, an unprecedented display of opposition to the NDP. Brotherhood officials said vote-rigging and intimidation kept them from winning more seats.

(There were no elections in 2005 for the Shura Council, the upper house of parliament, which holds votes every three years. The NDP won overwhelmingly in the next Shura Council ballot, in 2007, securing 84 of 88 seats up for election.)

The NDP, perhaps a bit chastened from its experience in 2005, took no chances in the next parliamentary election, which would turn out to be the last pre-revolution vote in Egypt.

Observers called this election the most fraudulent in Egyptian history. Judicial supervision was suspended, and international monitors were barred from overseeing the vote.

In some districts, armed thugs loitered around the polling stations; in others, voters said their ballots were already marked in favour of the NDP candidates. Some polling stations were inexplicably closed on election day. Observers were frequently harassed; in the Nile Delta town of Mahalla, they were tear-gassed by police.

“Violations have marred the electoral process from the beginning to the end,” the Egyptian Organisation for Human Rights wrote in a December 2010 report.

The NDP, not surprisingly, secured almost all of the seats in the People’s Assembly. It won 420 seats, a 90-member gain from its 2005; another 53 NDP-affiliated “independents” (former members of the party who did not run on the ticket) also won races.

Results were similar in the Shura Council, the upper house of parliament, where the NDP won 80 of 88 elected seats.

The most recent vote was a March referendum on a package of constitutional amendments drafted shortly after Mubarak stepped down.

(Egypt’s previous election, a parliamentary ballot in 2010, had just 10 per cent turnout, according to independent human rights groups.)

The amendments, which had to be approved or rejected as a bloc, were overwhelmingly accepted by voters, with 77 per cent voting in favour.

Most of them dealt with elections and the powers of the presidency: Lowering the bar for independent presidential candidates, for example, and reinstating judicial supervision of elections, which Mubarak suspended in 2007.

The referendum, in some ways, offered an early preview of Egypt’s parliamentary election season. Liberals were sharply divided over whether or not to endorse the amendments, while the Muslim Brotherhood – Egypt’s best-organised political party – plastered Cairo neighbourhoods with banners urging a “yes” vote.