Penn State University has created a committee to investigate the child-sex-abuse scandal that has rocked the university and its popular American football team.

The allegations have brought renewed attention to the highly profitable, and often controversial, world of US college sports. 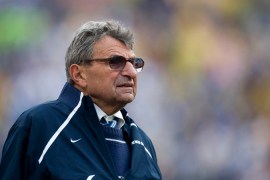