Italy’s senate has approved economic reform demands by the European Union, paving the way for prime minister Silvio Berlusconi to resign as early as this weekend and a new government to be formed.

The upper house of parliament voted 156-12 on Friday to pass the country’s budget bill, which included the reform measures.

Berlusconi had promised to resign as soon as parliament passes the reforms.

There are mounting indications that economist Mario Monti will be chosen to head a transitional government to push through even more difficult reforms.

The law is due to be approved by the lower house, Chamber of Deputies, on Saturday.

Napolitano has urged parliament to act fast, and some analysts say a new government made up mostly of technocrats could be in place as early as Sunday night before markets open on Monday.

At first Berlusconi had insisted that early elections were the only option. But he has since softened his stand and is said by sources to be open to a new government.

In one successful move that calmed markets somewhat, Italy managed to sell $6.8bn of one-year bonds on Thursday, but had to pay a steep 6.087 per cent interest rate, the highest in 14 years.

It was not clear how much of Berlusconi’s ruling PDL party, which has undergone many defections and splits in the past few days, would support the new government, expected to include respected experts as well as a few politicians.

Berlusconi’s chief coalition partner, the Northern League, has said it will not back Monti. 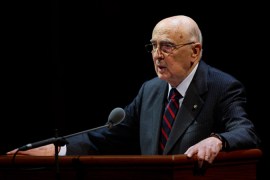 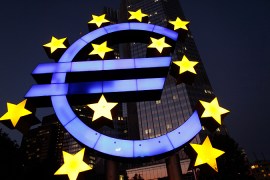 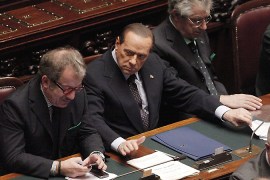 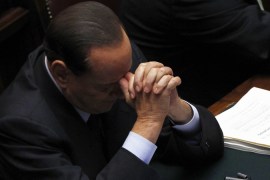