With 85.2 per cent of votes counted, Nicaragua’s electoral council said that the Sandinista leader received 62.69 per cent of the vote, with his closest opponent receiving 30.96 per cent.

Ortega, a 65-year old former leftist revolutionary fighter, is riding on a wave of massive support from poor and working class voters seen as beneficiaries of his social spending.

The president’s closest rival, radio personality and businessman Fabio Gadea of the Liberal Party issued a statement on Tuesday saying that the results were plagued with vices and “that we suspect that we are in the presence of fraud of unprecedented proportions”.

Gadea has called on his party members to await instructions, adding: “The struggle continues”.

Ortega’s lead was bigger than the win projected by opinion polls and Gadea supporters accused Ortega’s Sandinista party of manipulating the electoral process, stuffing ballot boxes and making it hard for conservatives to cast their vote.

Ortega, who returned to power in 2007 after leading Nicaragua in the 1980s, managed to seek re-election after the supreme court, dominated by his Sandinista appointees, overruled the two-term limits in 2009 set by the constitution.

Rosario Murillo, Ortega’s wife and spokesperson, said her husband had won a third term, adding: “This is the victory of Christianity, socialism and solidarity.”

She was speaking on a radio station sympathetic to Ortega’s Sandinista party, repeating the president’s campaign slogan – “Our promise is to keep building the common good.”

Al Jazeera’s Lucia Newman, reporting from the capital Managua, said Ortega’s supporters were already celebrating although the commission had not officially declared their candidate the winner of the poll.

“The supporters – thousands of them – of President Ortega are already outside, celebrating and playing music … They are jubilant [but] Ortega himself has not yet said a word,” she said.

“The opposition is not likely to take this sitting down. They’re huddled … in a conference room and are saying they will not accept this result. They’ve called it unreal and they say no matter how long it takes, they are going to count every vote.”

The election was marred by violence with nine people reported injured in a clash in northern Nicaragua.

“If we had trouble in 10 out of 52 polling stations, that means that in 20 per cent of the sample on which we normally base our assessment, we haven’t been able to work as we normally do,” he said at an afternoon news conference.

Ortega has overseen a period of economic progress in his five years in power, backed by aid from Venezuelan leader Hugo Chavez.

A former commander of the Sandinista rebel army that won power in a 1979 revolution and a Cold War adversary of the United States, Ortega has solidified his hold on Central America’s poorest country with programmes to improve health and education, microcredits and gifts of livestock.

“There’s no denying Ortega has done lots of good things, he’s helped a lot of poor people,” said Karla Flores, a 29-year-old mother of three from Masaya, southwest of the capital. “He’s got to keep up the good work.” 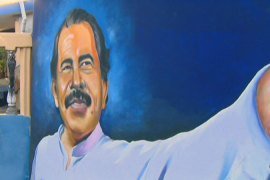 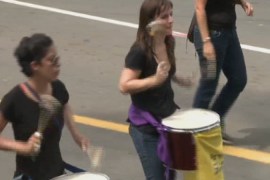 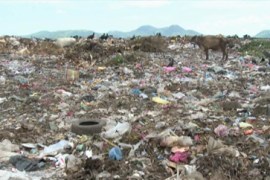