The Dalai Lama has slammed censorship in China as “immoral”, following accusations that the Chinese government blocked him from traveling to South Africa to celebrate Desmond Tutu’s 80th birthday.

The Tibetan spiritual leader spoke with Tutu on Saturday, answering questions via a video link, instead of attending an event to honour the South African anti-apartheid activist a day after his birthday.

His absence was symbolised by an empty chair at the event at the University of the Western Cape where he was meant to deliver an inaugural peace lecture.

The Dalai Lama told Tutu when asked why the Chinese feared him that “some Chinese officials describe me as a demon so naturally some fear about the demon.”

He said hypocrisy and telling lies had unfortunately become part of life in “the communist totalitarian system” and people who spoke truthfully and honestly sparked discomfort.

The Tibetan leader, who has lived in India since 1959 after fleeing an abortive uprising against Chinese rule, also urged China to raise its judicial system up to international law standards.

China has always sought to curb the Dalai Lama’s overseas travels, warning host governments that any visit would harm ties, especially if he is met by state officials.

South African foreign ministry officials said the visa process was delayed by problems with the timing and completeness of the application.

However, officials from the offices of Tutu and the Dalai Lama have denied the application was late or incomplete.

Tutu accused the government of failing to side with “Tibetans who are being oppressed viciously by the Chinese.”

The discussion between the two Nobel Peace Prize laureates who are close friends was filled with banter.

“As a man of truth, man of God, please live long,” the Dalai Lama told Tutu.

“Your 90th birthday, I’m looking forward. At that time, don’t forget send me [an] invitation. Then we can test your government.” 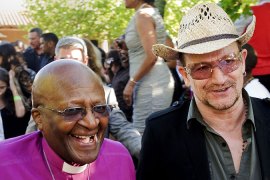 Dalai Lama missing from party as South Africa’s anti-apartheid icon and critic of its government turns 80.

The man credited with helping South Africans heal from the horrors of apartheid turns 80. 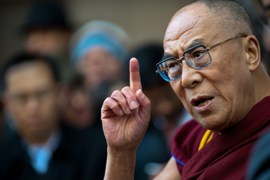 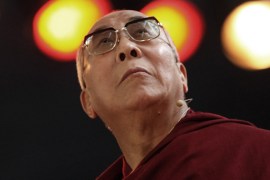 Dalai Lama made to wait for S Africa visa