The Arab Spring is the focus of much speculation over this year’s Nobel Peace Prize.

The Norwegian Nobel Committee gives no clues ahead of the October 7 announcement, but judging by previous selections, the uprisings sweeping across North Africa and the Middle East would appear to tick all the right boxes.

“It would be consistent with their effort to give attention to high-profile and extremely important, potentially breakthrough developments by movements and by people,” Bates Gill, director of the Stockholm International Peace Research Institute, said.

Thorbjoern Jagland, the chairman of the prize committee, gave a few clues to the thinking of the Norwegian Nobel Committee.

“We saw many of the [Arab Spring] actors at the time, but that doesn’t mean that the prize goes in that direction, because there are many other positive developments in the world,” he said.

“The most positive development will get the prize.”

The deadline for nominations was February 1, and committee members could add their own suggestions until February 28. Jagland said it was “not necessarily” too late for considering leaders of the Arab Spring revolutions, which toppled Tunisia’s longtime ruler in January and then spread from there.

A record 241 nominations for 188 individuals and 53 organisations, were submitted for this year’s peace prize.

On the possibility that the Arab Spring might be a source of the honoree, Jagland said: “That is one, but there are others too.

Al Jazeera profiles some of the Arab Spring nominees that are up for the Nobel Peace Prize:

An unlikely and reluctant hero of the Egyptian revolution, Wael Ghonim, a marketing executive for Google, was credited with re-energising protests in Cairo’s Tahrir Square, helping to spurn the downfall of former president Hosni Mubarak.

Ghonim founded a Facebook page in July 2010 titled “We Are All Khaled Said”, after a 28-year-old Egyptian was beaten to death by police in Alexandria, sparking protests. The page was credited for helping ignite the uprising in Egypt.

In January 2011, when the uprising was gathering momentum, Ghonim was arrested and disappeared into jail for 12 days. He said he was interrogated, blindfolded and threatened with torture.

His disappearance was considered an attack on human rights and freedom of expression, leading to international outcry.

Upon his release he said: “Freedom is a bless[ing] that deserves fighting for…”

Ghonim announced in April that he was taking a long-term sabbatical from Google.

Lina Ben Mhenni is a Tunisian blogger and activist. Her blog, A Tunisian Girl, played an important role in the Tunisian revolution.

Ben Mhenni documented witness accounts of police brutality, despite being harassed and followed by the secret police. Her home was repeatedly ransacked and state authorities hacked her emails and Facebook accounts, deleting material.

Following the death of Mohamed Bouazizi, who set himself alight in an act of public protest helping to ignite Tunisia’s revolution, Mhenni challenged the country’s strict media rules. She ventured into Tunisia’s rural towns where she posted videos and images of people who were killed and wounded by the government’s armed crackdown on dissent. Mhenni wrote accounts of what she saw, spreading information about rural protests to a wider audience.

Israa Abdel-Fattah, also known as Facebook Girl, helped to found Egypt’s 6 April Youth Movement in 2008. The movement became a driving force during the street protests of the Egyptian revolution in 2011.

Abdel-Fattah was a young volunteer for the el-Ghad party when she and two other web activists decided to start a Facebook page inviting young people to join a strike movement organised to support workers in El-Mahalla El-Kurba, an industrial town north of Cairo in 2008.

The Facebook group, backing the strike against inflation, corruption and police brutality, quickly gained tens of thousands of supporters.

Abdel-Fattah was arrested on the morning of the April 6 strikes and held in prison for two weeks. Her arrest shocked members of the international community and became a rallying point against censorship and repression.

On her release, Abdel-Fattah made a statement renouncing political activism.

However, she returned to help co-ordinate the protests that toppled Mubarak. 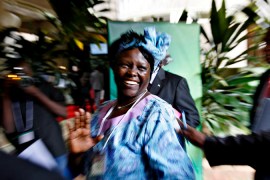 On the sad passing of Wangari Mathaai

The life of Nobel peace laureate Wangari Mathaai was dedicated to the environment by planting trees for peace. 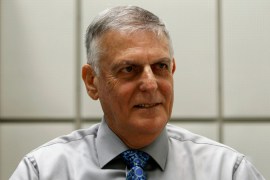 Daniel Shechtman forced scientists to reconsider the nature of matter with his discovery of quasicrystals. 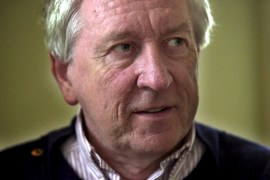