Mortar fire has killed two Yemenis and wounded six in Sanaa in what appeared to be fighting in the capital between soldiers loyal to President Ali Abdullah Saleh and troops siding with anti-government protesters.

A doctor told the Reuters news agency that the victims were civilians hit by a mortar round that landed in a market in a district of the capital contested by government troops and those of rebel general Ali Mohsen, a former Saleh ally.

The doctor said he had received death threats for helping the wounded and a bag of bullets had been thrown into his yard as a warning.

“We are treating these protesters and civilians but the government wants to threaten us to stop us doing our job. Now they are threatening my family,” he said.

Violence has been sporadic since Saleh’s surprise return to Yemen from Saudi Arabia 10 days ago. Tensions are running high in the impoverished Arabian Peninsula country, which is awash with guns.

Last month in Sanaa, political deadlock gave way to a military showdown between Saleh loyalists and Mohsen’s forces. More than 100 people were killed in the fighting, most of them protesters caught in the middle.

Tens of thousands of protesters took to the streets again on Tuesday afternoon to draw attention to their demands ahead of an expected briefing by the United Nations’ envoy to Yemen before the security council.

The opposition cast doubt on any future dialogue with the government, which it blamed for the apparent failure of mediation attempts by UN envoy Jamal Benomar, who left Yemen empty-handed on Monday.

“The dialogue with the regime has stopped and there is no form of dialogue after Saleh wasted all opportunities for dialogue, which led to the departure of the U.N. envoy,” opposition spokesman Mohammed al-Sabri said.

Benomar spent two weeks in Yemen trying to broker a deal but left without announcing a breakthrough after days of mediating between the government and the opposition.

Al Jazeera’s correspondent reported that bombing had renewed in the city of Taiz on Tuesday, and ambulances were not able to reach the wounded.

Yemen’s opposition said a newly appointed general had been killed by anti-Saleh tribesmen on his way to a military base in the mountainous region of Naham, north of Sanaa, where he was due to take command after his predecessor was killed by tribal fighters last week.

The upheaval is fanning international fears that weakening government control may help al-Qaeda’s local wing expand its foothold in Yemen, which borders oil giant Saudi Arabia and lies near shipping routes through the Gulf of Aden and the Red Sea.

The army is fighting to regain territory lost to al-Qaeda-linked fighters in the south, notably in Abyan province, where they control the city of Jaar and other locations.

At least 10 fighters were killed in one of two air force raids in the Jaar area on Tuesday, residents and a local official said.

Three fighters and a soldier were killed in a shootout in Abyan’s provincial capital Zinjibar, which the government said it had recaptured from Islamist fighters last month.

In Sanaa, ruling party member Yahya al-Habari said he had escaped an assassination attempt by five masked gunmen as he left work.

“They came out and stood in front of the car. I told the driver we should drive the other way, so we sped backwards while they were shooting. Thank God we got away,” he said. 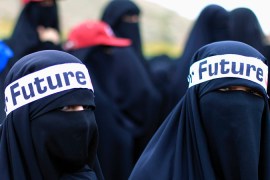 Anti-government campaigners petition the UN to try their president at the International Criminal Court. 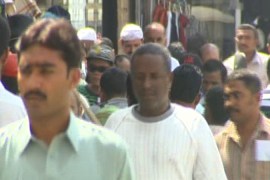 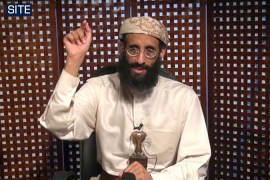