Fresh violence has been reported in the central Syrian city of Homs, where activists say several people have been killed after the army attacked a residential area.

Residents said heavy weaponry was used after tanks entered the Bab Amr neighbourhood on Saturday. Activists said explosions and gunfire could be heard in other neighbourhoods of the city as well.

Residents said six people were killed in Bab Amr and other parts of the city.

The UK-based Syrian Observatory for Human Rights said one of the civilians killed on Saturday was shot by a sniper, and two by machine gun fire between pro- and anti-Assad soldiers.

The group said that fierce fighting broke out on Friday night between dozens of army deserters and forces loyal to President Bashar al-Assad. Seventeen soldiers were killed when the defectors attacked two security posts in the city.

Anti-government rallies were held in many Syrian cities and towns on Friday, and activists said 44 people were killed by security forces.

Much of the violence happened after protests had ended and security forces armed with machine guns chased protesters and activists, according to opposition groups monitoring the demonstrations.

Following the reports, Arab foreign ministers urged Assad to stop the bloodshed in his country.

“The Arab ministerial committee expressed its rejection of the continued killings of civilians in Syria and expressed its hope that the Syrian government will take the necessary measures to protect them,” the ministers said.

The committee is due to meet Syrian officials on Sunday in Doha, the Qatari capital, to try to reach “serious results and an exit to the Syrian crisis,” the Arab League said.

In reaction, the Syrian foreign ministry said the committee had “based its decision on the lies spread by television channels.”

The committee of ministers should have “helped to calm [the situation] and reach a solution to ensure the security and stability of Syria instead of reviving dissent,” it said in a statement.

It said Syria’s Foreign Minister Walid al-Muallem would “inform the committee tomorrow of the true situation in Syria.”

Arab ministers met Assad in Damascus on Wednesday in a bid to spur a dialogue between his leadership and
the opposition.

Syria has barred most foreign media, making it difficult to verify reports from activists and from authorities, who blame
foreign-backed armed groups for the violence.

The UN estimates that more than 3,000 people, mostly civilians, have been killed since the uprising began in March.

The authorities say gunmen have killed 1,100 soldiers and police. 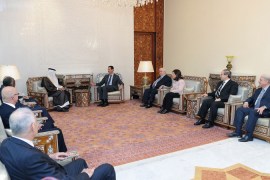 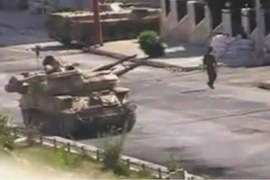 Communities are divided, with Alawite and Sunni villages each blaming the other for rising sectarianism. 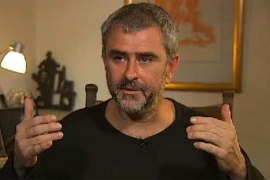