Venezuela has launched a plan to improve safety in prisons in response to a deadly series of protests and riots by inmates.

In June, the dire situation inside Venezuelan jails was highlighted when a fight between rival gangs left at least 28 people dead and it took the government 27 days to regain control. 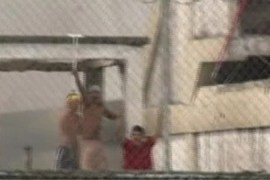 Seven inmates dead and 16 others wounded after gang fights in two jails in western Venezuela.