Kidnappers in the restive southern Philippines have freed an American woman after more than two months in captivity, but held on to her son and nephew, authorities said.

Gerfa Yeatts Lunsmann, her 14-year-old son Kevin and her Filipino teenage nephew were abducted on July 12 on a resort island off Zamboanga city, close to other southern islands where a range of armed groups are based.

Lunsmann’s ordeal ended on Sunday night after the kidnappers took her by boat from an undisclosed location to a wharf on nearby Basilan island, and ordered her to walk into a town, local officials and the military said.

However her son and nephew remain in captivity, Celso Lobregat, the mayor of Zamboanga city, said on Monday.

“Efforts are now being made to also recover the children,” Lobregat told the AFP news agency, but did not give further details.

Regional military spokesman Lieutenant Colonel Randolph Cabangbang said Lunsmann was taken to a military base in Zamboanga to recover and for health checks, but no details about her medical condition were released.

No group has officially claimed responsibility for the kidnapping although rebels are suspected of being involved.

An uprising in the south that has dragged on for more than 40 years has given birth to a wide range of rebel groups, bandits and pirates, many of which regularly carry out kidnappings for ransom.

The most infamous of the groups is Abu Sayyaf, which is fighting for a separate Muslim state in the southern islands of the Philippines, and is on the US list of “terrorist” groups.

Abu Sayyaf is believed by Philippine and Western intelligence agencies to have links with al-Qaeda. Hundreds of US soldiers have been stationed in the southern Philippines for a decade to train the local military to fight them.

Abu Sayyaf has been blamed for a series of kidnappings, including the abduction of 20 people from a Philippine island resort in 2001.

An American tourist among them was beheaded in captivity while one of two US missionaries kidnapped at the same time was killed during a rescue mission.

Shortly after the kidnappings of Lunsmann and the two boys local reports in Zamboanga quoted unnamed officials as saying the abductors had demanded $10 million for their release, although this was never confirmed.

The US embassy in Manila issued a statement confirming Lunsmann’s release and thanking local authorities for securing her freedom, but made no mention of whether a ransom was paid.

“This outcome could not have occurred without the concerted efforts of Philippine government officials and the personal engagement of Mayor Celso Lobregat of Zamboanga City,” the statement said.

“We commend the diligent, professional and effective efforts of everyone involved in securing [her] release.”

Lunsmann, who was born in the Philippines, gained American citizenship after being adopted by a US couple as a child. She married a US-born German, who was the father of their son abducted along with her.

Lunsmann was abducted while visiting a resort that she had been developing near the area where she was born. She had reportedly returned to her hometown repeatedly over the years. 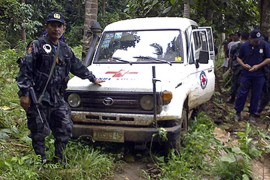 At least 15 killed in fighting after attack by suspected separatists on troops in Sulu province, officials say. 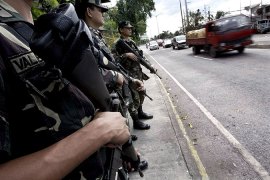 A day after a minor blast, military personnel defuse a second bomb in plots tied to al-Qaeda-linked Abu Sayyaf fighters. 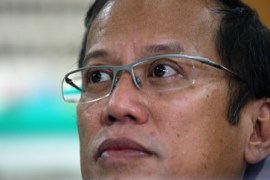 Talking peace in the Philippines 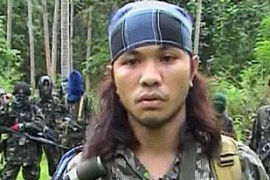 Albader Parad said to be among victims of Philippines army operation in Jolo.