An Indian army helicopter and its crew grounded in Pakistan for violating its airspace have returned to India, Indian defence ministry officials have confirmed.

The aircraft and its four-member crew were released hours after the Pakistani airforce forced them to land in Olding-Kargil sector in Skardu, a city in northeastern Pakistan, close to the tense border with Indian-administered Kashmir.

“The helicopter and four officers on board returned around 5.30 p.m. (1230 GMT) after a contact between the
director-general military operations of the two countries,” Major-General Athar Abbas, a spokesman for Pakistan’s army, said

The helicopter strayed 25km into Pakistan at about 1:00pm (08:00 GMT) on Sunday. It was forced to land and the four crew members, including three pilots and one crew chief, were taken into custody.

“According to the spokesman for the Pakistani military … this particular helicopter penetrated across the line of control which divides the two armies, then it went almost 25km into Pakistani airspace, and that is when the military told this helicopter to land,” said Al Jazeera’s Kamal Hyder, reporting from Islamabad, the Pakistani capital.

“Even though there were suggestions that it may have been bad weather, it appears that this was a deep penetration.”

The last violation of Pakistani airspace by Indian aircraft occured shortly after the 2008 Mumbai attacks, when two Indian warplanes “inadvertently” entered Pakistani airspace at two different locations on December 14, 2008 at a time of great tension.

However, relations between the two uneasy neighbours have improved after they resumed a peace process this year which was suspended following the Mumbai attacks that killed 166 people.

The two countries have also been working to strengthen ecnonomic ties.

“The swift release of the helicopter shows both countries do not want to derail the peace process. Otherwise it could have turned into a major crisis,” security analyst Hasan Askari Rizvi told Reuters.

Pakistan and India have fought three major wars since they gained independence from Britain in 1947. 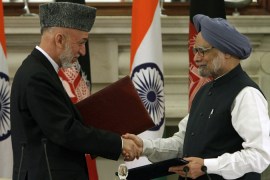 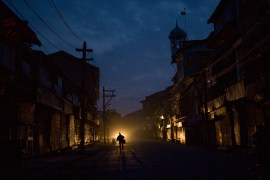 Jockeying over Kashmir has caused two wars and several warlike crises between India and Pakistan since 1947.