At least four people have been killed in a car-bomb blast near the Somali foreign ministry building in the capital, Mogadishu.

The attack, which wounded 15 others, occurred on Tuesday while Kenya’s defence minister, Yusuf Haji, and foreign minister, Moses Wetangula, were meeting Somali officials in the offices of the foreign ministry.

“There was heavy explosion near the foreign affairs ministry building and initial reports are indicating a car laden with explosives detonated,” Mohamed Adan, a Somali government official said, on Tuesday.

“It was a car bomb that exploded but we don’t know what it was targeting,” Ali Abdi Rahman, a witness, told the AFP news agency.

The explosion did not damage the ministry building but did tear down a stone wall in front of it. Hundreds of on-lookers gathered to see the demolished car scattered across the road. Several body parts littered the street, witnesses said.

Abdikarim Sheikh Hussein, a university student in Mogadishu, said he was standing on the other side of the street when the explosion happened. Bloodied textbooks were lying on the ground in the post-explosion ruins.

“When the car blew up a ball of flame and smoke engulfed the whole area, then some wounded people ran through the streets” he told the Associated Press.

Ambulances evacuated the wounded and government forces fired in the air to disperse a crowd of onlookers.

The blast came two days after Kenya declared war on al-Shabab, blamed for a spate of recent abductions, and sent troops across the borders to pursue fighters of the group inside Somali territory.

Al-Shabab on Monday said it would launch terror attacks inside Kenya unless that country pulls back its troops.

In response, Kenyan police on Tuesday sent out a terrorist-attack warning and increased security at some downtown sites, including the Somali neighborhood in Nairobi.

Somalia’s government earlier this week said it did not approve of Kenya’s push into southern Somalia. But on Tuesday the two sides agreed to coordinate their military operations in pursuit of al-Shabab fighters after Kenya’s Wetangula met with President Sheik Sharif Sheik Ahmed.

“`The recent spate of blatant attacks is indicative of a changed strategy by (al-Shabab) calculated to terrorise civilians,” a joint Kenyan-Somalia statement said.

“This warrants decisive action to forestall the threats …restore security in the border areas and ensure that insurgents do not launch attacks against Kenya, the region and beyond.”

Tuesday’s attack was the second in the Somali capital this month. A suicide lorry bomb struck a compound housing several government ministries in Mogadishu on October 4, killing more than 70 people. 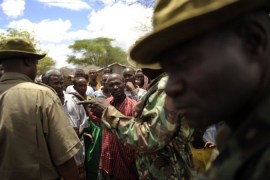 Kenya has sent troops into neighbouring Somalia, so is it about to get sucked into a protracted conflict? 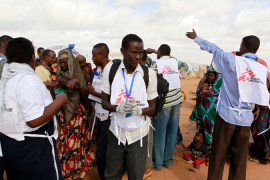 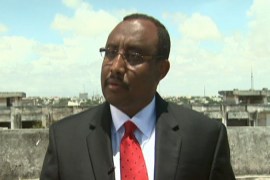 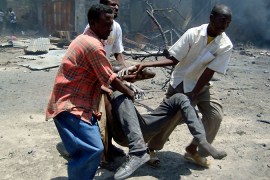