More than 60 years after the Korean war, the remains of thousands of fallen soldiers from both sides of the border are still un-identified, buried where they fell.

Joint efforts to repatriate them failed in 2005. But one specialised South Korean military unit has continued with the task, in the hope that one day, all the fallen soldiers may return home. 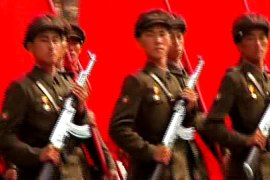 Government in Seoul has launched an online programme to promote reunification amid heightened tension.