Armed attackers have attempted to blast their way into an American base in Afghanistan, striking before dawn with rocket-propelled grenades and a vehicle packed with explosives.

The attackers failed to breach the gate of the base in Panjshir province’s Rokha district, though they did hit a security tower with a rocket-propelled grenade, a local police chief said on Saturday.

Three of the men attacked on foot, shooting, while a fourth detonated the explosives-laden vehicle outside the gate, General Mohammad Qasim Jangalbagh said. All four attackers were killed and two Afghan security guards were wounded, he said.

It was the first time in 10 years of war since a US-led invasion that a suicide bomber has struck Panjshir, the Reuters news agency reported. The Taliban claimed responsibility and said the bombers were Panjshir natives.

A NATO spokeswoman confirmed the attack but said there were no American deaths or injuries and no significant damage to facilities.

“There was a complex attack attempted, but it was repelled,” Capt. Ebony Calhoun said. She said the guards’ wounds were not life-threatening but they had been evacuated to a larger US base for treatment.

Panjshir is one of the provinces that transferred control over security affairs from American to Afghan hands this year.

“It comes as a surprise, because this is a very peaceful part of [Afghanistan], and security is very tight here,” Al Jazeera’s Jennifer Glasse, reporting from the capital Kabul, said.

“Security guards at the entrance to the valley said they don’t understand how this happened, and that maybe the attackers came from the other end of the valley” opposite  Kabul, our correspondent said.

The base houses a provincial reconstruction team, a mix of military and international civilians who work to improve provincial governance, services and infrastructure.

The attack in Panjshir comes a day after a suicide bombing in southern Afghanistan that killed three Afghan border police officers and one civilian.

The bomber blew up his explosives-packed car Friday afternoon while it was being inspected at a checkpoint.

The explosion happened in Spin Boldak, near the Pakistani border, in the early evening, said Gen. Abdul Raziq, the head of the border police in the south.

The checkpoint had been set up because of an intelligence warning that an attack was imminent, a provincial government spokesman said.

Three NATO service members were also killed Friday in separate attacks, according to statements from the military alliance, taking the number of international soldiers killed this month to 11 and at least 464 since the beginning of the year. 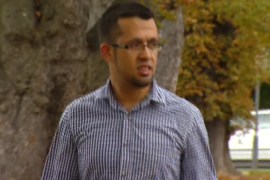 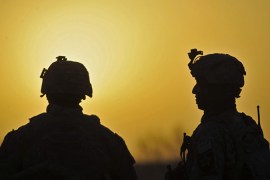 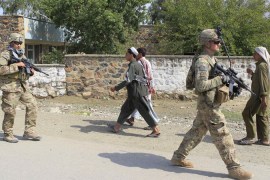 Afghanistan marks 10 years since US invasion

Anniversary of US-led offensive against the Taliban and al-Qaeda comes amid growing security concerns.