At least 20 people have been killed in renewed clashes across Syria, as the European Union decided on a new set of sanctions on President Bashar al-Assad’s government.

The UK-based Syrian Observatory for Human Rights said on Thursday that 10 civilians were killed in Banash in the northern province of Idlib when soldiers loyal to President Bashar al-Assad stormed the town and fought battles with gunmen and army deserters.

The group said that the army also launched an attack on Taum village, in the province’s east.

“Several houses were partly destroyed and people were wounded… while the noise of heavy machine guns and explosions could be heard in several parts of the town and ambulances seen racing through the streets.”

In the southern province of Deraa, where the six-month wave of protests against Assad first erupted, the group said that six soldiers and two army deserters were killed in a clash in the town of Haara, alongside one civilian.

Another soldier was killed in the central city of Homs.

Meanwhile in Brussels, the European Union agreed on Thursday to add to its sanctions list the state-owned Commercial Bank of Syria which bankers say holds much of Syria’s foreign reserves, estimated at $17bn at the start of the year.

“Today’s decision is a direct consequence of the appalling and brutal campaign the Syrian regime is waging against its own people,” Catherine Ashton, the EU foreign policy chief, said.

Washington had imposed sanctions on the bank in August.

The EU statement said that the 27-nation bloc sought to ensure that legitimate trade was affected as little as possible.

“Our measures are not aimed at the Syrian people, but aim to deprive the regime of financial revenues and the support base necessary to maintain the repression,” Ashton said.

Alice Jay, the director of Avaaz global rights group, welcomed the move saying that “it effectively shuts off Assad’s business dealings in Europe and is critical to cutting off his bloody pay roll for the brutal reign of terror”.

“The Syrian ambassador was summoned to the Foreign Office this morning and told that any harassment or intimidation of Syrians in our country is unacceptable and will not be tolerated,” Hague told parliament on Thursday.

Most of the violence in recent days has occurred in Idlib, Deraa and the city of Homs, where activists have reported clashes and gunfire since Sunday.

The Syrian Observatory activist group said there were reports that dozens of pro-Assad troops had been killed over the past few days, adding that the authorities were hiding the true extent of the army’s losses.

The group said it was “astonished at the silence of authorities over the deaths of tens of soldiers from the regime’s army”.

The United Nations says that at least 2,900 people have been killed in Assad’s crackdown on protesters since the start of the uprising in March.

The Syrian government blames the violence on foreign-backed armed groups who it says have killed 1,100 people.

Authorities have barred most foreign media, making it difficult to verify accounts by activists and officials. 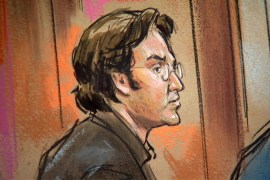 US charges man with spying for Syria

Naturalised US citizen arrested in Virginia for allegedly spying on anti-Assad protesters in the US. 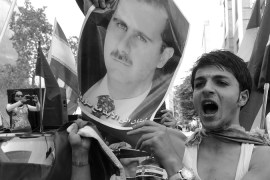 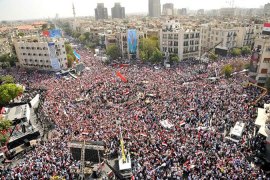 Tens of thousands take to streets of Damascus in solidarity with Syrian president, chanting slogans against US and EU.