Slovakia’s parliament has approved expanding the powers of the eurozone’s bailout fund in a repeat of Tuesday’s vote, which had failed.

On Thursday, 114 politicians voted in favour of boosting the bailout fund’s powers, with 30 against.

Parliament had rejected the changes earlier in the week after a junior coalition party opposed it, causing the government to fall.

The main opposition Smer-Social Democracy agreed to help the outgoing coalition in the second vote in exchange for early elections.

The decision means all 17 eurozone countries have now approved the plan to tackle the eurozone’s debt crisis.

On Tuesday, Iveta Radicova, the first woman prime minister in Slovakia, sacrificed her centre-right government in a high-stakes gamble after tying the ratification to a confidence vote.

Her junior coalition partner, the liberal Freedom and Solidarity party, deserted Radicova, angry that Slovakia – the eurozone’s second poorest country – would have to join a bailout fund for far richer eurozone members.

Slovakia’s approval is the final hurdle to expanding the bailout fund to $600bn and giving it additional tools to help prevent the spread of the debt crisis.

EU leaders had pressed Slovakia to hold the repeat vote in the wake of warnings from the US and China for Europe to get its house in order quickly for the sake of a weakening global economy. 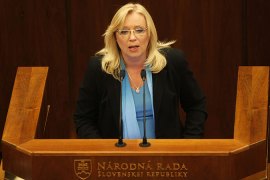 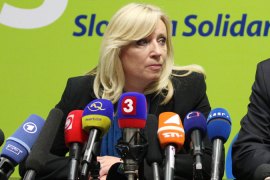 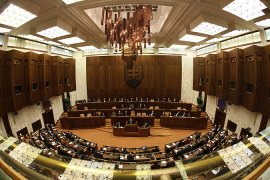 Deal reached to approve changes to EU bailout fund later this week, a day after rejection had brought down government.