Australia will now process asylum seekers inside the country after failing to secure enough votes in parliament to allow illegal immigrants to be processed outside its borders.

Last month, a court ruled that a plan to send 800 asylum seekers to Malaysia was illegal because Kuala Lumpur, which has not signed UN refugee conventions, did not offer enough protection for them.

Under the agreement, the asylum seekers would be exchanged for 4,000 unsettled refugees from Malaysia over four years.

The opposition refused to back the move and Prime Minister Julia Gillard, who leads a minority government that depends on the Greens for support, cancelled the scheduled vote after failing to secure enough support.

Gillard said: “The government remains committed to the arrangement with Malaysia, we believe it is the best policy outcome for this country, that it would give the maximum deterrence effect.

“Whilst we are committed to the Malaysia arrangement and believe it is the best policy outcome … clearly we will not be able to implement it.”

The government said it had hoped the swap deal would “deter people from risking their lives at sea”.

However, in an interview with Al Jazeera, Graham Tom, Refugee Co-ordinator for the Australian arm of rights group Amnesty International, called the legislation a political ploy by the government.

Tom said the failed legislation amounted to “scaremongering and political posturing” by the government, which holds a single-seat majority in the lower chamber of the parliament.

He said Australian support of a regional approach to refugees and asylum seekers from Indonesia and Malaysia would show more of a commitment to fight what Gillard calls “the people-smugglers business model” that brings asylum seekers to the island nation.

“The numbers coming to Australia are small … we don’t have a crisis,” Tom said. 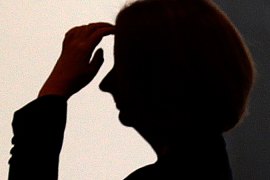 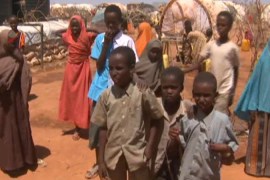 With multiple natural disasters and conflicts unfolding, how can the growing tide of those displaced be dealt with?