The Palestinian group Hamas has announced that it has reached a deal with Israel for the release of 1,027 prisoners in exchange for Gilad Shalit, the Israeli soldier who it captured in a cross-border raid in 2006.

The Israeli government said an agreement was signed on Tuesday following negotiations in Cairo under the mediation of Egyptian security and intelligence officials.

Israel has made previous attempts to free Shalit through a prisoner swap with Hamas, which controls the Gaza strip, but talks have stalled over disagreements about who Israel might free.

June 25 – Shalit is captured by three armed groups in a cross border raid, one of them is Hamas.

June 28 – Israel launches a massive military operation against the Gaza Strip, but fails to find Shalit.

September 15 –  A letter from Shalit reaches his family via Egyptian mediators brokering a prisoner swap deal.

November 26 –  A ceasefire in Gaza announced, ending five months of Israeli air strikes and incursions that fail to free Shalit.

April 24 –  Hamas offers Israel a six-month truce in Gaza, but says the fate of Shalit is a separate issue.

May 12 – Israel says ceasefire deal must include Shalit. Talks falter.

July 4 – Prisoner swap talks are suspended after a dispute over Israel’s blockade of the Gaza Strip and cross-border rocket fire from Gaza.

September 25 – Hamas rejects list of prisoners Israel is ready to free in exchange for Shalit, saying it wants more.

December 19 – Fragile six-month ceasefire between Israel and Hamas expires as they fail to agree on terms to extend a truce.

December 27 – Israel launches a 22-day military offensive in the Gaza Strip. At least 1,400 Palestinians and 13 Israelis are killed.

January 18 – Israel and Hamas agree to a cease fire in Gaza.

March 17 – Eleventh-hour talks on an exchange collapse, with Ehud Olmert, then prime minister, saying Israel will not accept Hamas’s terms for a prisoner swap and will not cave in to demands from “a terrorist organisation”.

October 2 – Nineteen Palestinian women prisoners released in exchange for a one-minute video of Shalit showing he is alive.

November 25 – Israel rejects a demand for the release of several Hamas commanders as part of any exchange for Shalit.

December 22 – Israel offers to release 450 resistance fighters, including many involved in deadly attacks, in exchange for Shalit, with another 500 prisoners to be released at a later date.

February 2 – Hamas, which has yet to respond to Israel’s latest offer, says talks have stalled.

April 10 – Israeli Army said Tayser Abu Snima, a Hamas commander “directly and physically” involved in the capture of Israeli soldier Gilad Shalit, was killed during air strikes on the Gaza Strip, a claim dismissed by Hamas.

June 23 – The International Committee of the Red Cross calls on Hamas to provide proof that Shalit is still alive five years after his capture.

October 3 – Hundreds of Palestinians in Israeli jails join a hunger strike to protest against worsening prison conditions. Netanyahu toughened restrictions on Palestinian prisoners as part of an effort to force Hamas to free Shalit.

October 11 – Israeli and Hamas officials say a deal has been reached to swap Shalit for 1,027 Palestinian prisoners. 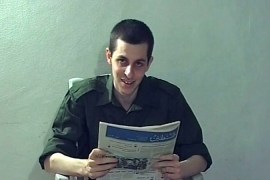 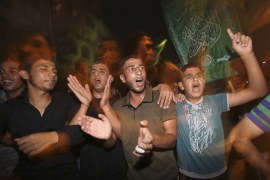 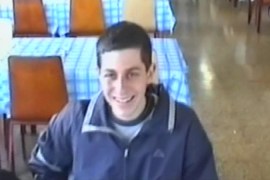