An unseated Afghan MP is in critical condition after entering the eighth day of a hunger-strike to protest  against her expulsion from parliament.

Semin Barakzai, a 30-year-old mother of three and one of nine MPs expelled from the national assembly over vote rigging claims, has refused to eat until she is reinstated to the parliamentary seat she claims to have won fairly in 2010 polls.

“The law has been violated. Justice has been undermined and I won’t end this (hunger strike) until justice is done and the law restored,” Barakzai told the AFP news agency on Sunday, lying in a protest tent outside parliament and barely able to speak.

A doctor assigned to monitor her said she was entering a critical condition after eight days without food.

“She’s not doing well. She already had stomach problems and I’m afraid this is dangerous for her,” Mohammad Fardin said.

On Saturday,  Barakzai’s blood pressure dropped and she was given a drip overnight. But on Sunday, she refused to take a further drip. “I don’t want it,” she whispered, shaking her head, lying on a bed in a white tent in the heavily guarded neighbourhood.

Jandad Spinghar, executive director of the Free and Fair Election Foundation, said Barakzai’s hunger strike should be supported as evidence of a growing culture of civil protest rather than violence.

“We ask the president to solve this problem in a way that her protest should bring a result. We want the culture of peaceful protests to expand, especially for women, instead of self-immolation and violence,” he said.

“We are worried that if Mrs Barakzai’s protest fails, the culture of peaceful protests will fail too.”

Barakzai and eight other members of the Wolesi Jirga, the lower house of the parliament, were unseated by the Independent Election Commission (IEC) last August in an attempt to resolve nearly a year of a three-way dispute over widespread graft in September 2010 parliamentary polls.

The standoff between the parliament, the IEC, and President Hamid Karzai’s government threatened to throw the country into chaos.

Karzai had set up a special court to probe the final results announced, which the IEC fervently opposed as illegal. Karzai eventually dissolved the special court, referring the issue back to the IEC, which declared the issue closed after disqualifying and replacing nine MPs, including Barakzai.

Hunger strikes, particularly by a woman, are unusual in Afghanistan, a deeply conservative male-dominated society where violent protests are more normal expressions of frustration.

Several cabinet ministers and Vice-President Karim Khalili have visited Barakzai in her tent, along with journalists and rights activists.

Meanwhile, dozens of MPs who boycotted the parliament, calling the IEC’s decision to change the initial results unconstitutional, returned to their seats on Saturday, but said they still supported Barakzai.

“We decided to return and carry on our struggle from inside parliament. We support the move by Mrs Barakzai,” lawmaker Ahmad Behzad said, adding that he considered the expulsion of the MPs illegal. 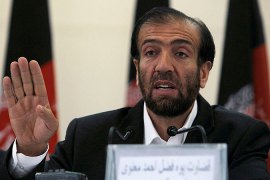 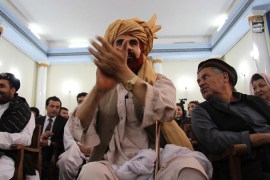 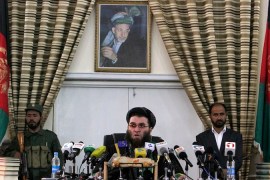 Ruling could lead to disqualification of one quarter of parliamentarians, but they say court itself is unconstitutional.