The governor of California has signed a bill allowing undocumented immigrants access to state-funded aid to attend college.

The measure, known as the “California Dream Act”, which was signed into law on Saturday, was initially passed by the Democratic-controlled legislature on a party-line vote in September.

Supporters of the law say it will benefit the state economically.

However, critics argue that it condones entry into the US without proper documentation.

California is only the third US state to allow undocumented immigrants to qualify for aid-based education after Texas and New Mexico.

Governor Jerry Brown, a Democrat, said the law would benefit the state and “the lives of all of us”.

“Going to college is a dream that promises intellectual excitement and creative thinking. The Dream Act benefits us all by giving top students a chance to improve their lives and the lives of all of us.”

Plans for a federal “Dream Act” that would have created a pathway to citizenship for undocumented immigrants who attend college or serve in the military was thwarted in the US senate last year.

Opponents of the California Dream Act have argued that public funds should not be used to help migrants who enter the country illegally, especially as California faces deep budget woes that have prompted cuts in education and higher tuition at the state’s public colleges and universities.

The new law will affect 3,600 students in state university education, which is less than one per cent of the 440,000 students enrolled in the current school year. 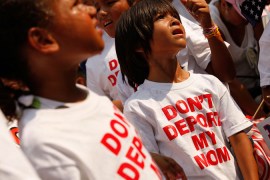 Roughly two million young people in the US are unaware that they are classified as illegal immigrants. 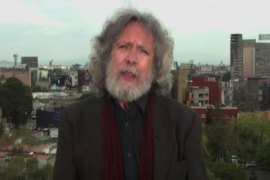 Human rights professor discusses the dangers migrants face as they journey to US. 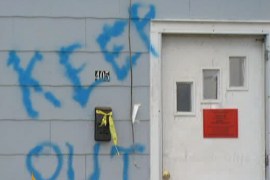 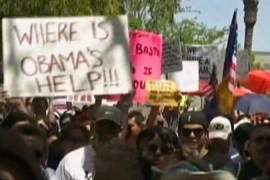