Britain’s Prime Minister David Cameron has backed his defence minister after media reports suggested his links with a friend and self-styled adviser might have threatened national security.

Fox’s ties with his former flatmate and best man at his wedding, Adam Werritty, have remained on Britain’s front pages despite the defence minister on Friday announcing an investigation into the reports and accusations from the opposition, which Fox described as “baseless”.

A spokesman for the prime minister’s office said on Saturday he had “full confidence” in Fox.

Later, the spokesman said Cameron had asked the minister to report to him on Monday with the initial findings of the inquiry.

On Friday, Cameron said he had asked a top military civil servant to conduct an inquiry into reports that Werritty had visited him 14 times in the past 16 months at the ministry of defence in central London, despite him not being on its payroll.

The heat on Fox rose when a photo emerged of Werritty with Fox in Sri Lanka while the minister was on an official visit there this summer.

Fox told parliament last month that Werritty had not travelled with him on any official overseas trips.

The Sri Lanka event he and Werritty had attended was a private gathering which his friend had organised, Fox told BBC radio.

Although Werritty is not part of Fox’s team of officials, he is reported to have handed out embossed cards describing himself as “adviser” to the minister.

On Saturday, The Independent and Financial Times kept up the pressure when they reported that Werritty had arranged and attended a meeting in Dubai in June between Fox and a company seeking to transfer communications technology. No ministry of defence officials were present.

Fox told reporters in Tripoli: “As you know these are perfectly legitimate questions for democratic politicians to answer. We’ve already set up a mechanism by which that can be resolved in the United Kingdom.”

There were no comments from Werritty in the British media and it was not immediately possible to reach him.

The opposition Labour party has called for a wider inquiry, saying there was a potential conflict of interest in the ministerial code.

Jim Murphy, its defence spokesman, told BBC radio: “This has become murkier and murkier, and the main question that Liam Fox has to resolve is did his former flatmate and best man at his wedding ever have access to MoD meetings, MoD documents, conversations about Libya, Afghanistan, our forces or national security.”

Fox is on the right of Cameron’s Conservatives and is seen as a potential leadership challenger. 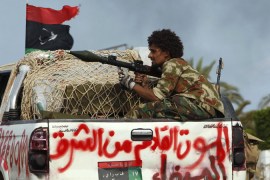 Anti-Gaddafi forces say they have captured Sirte’s university, but battle for toppled leader’s hometown rages on. 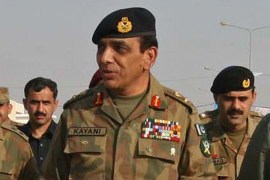 Ashfaq Kayani changes plan to meet British defence minister amid escalating tensions between Pakistan and the US.