Hundreds of mourners angry over the shooting death of a 16-year-old Shia Muslim protester clashed with security forces outside the capital Manama on Friday evening.

Security forces opened fire with tear gas, sound grenades and rubber bullets, injuring at least 11 protesters, activists said. More injuries were expected, though the chaotic scene around a makeshift clinic near the clashes made it impossible to verify the number, Al Jazeera’s reporter in Bahrain said.

Our correspondent witnessed three men bearing bleeding wounds thought to have been caused by rubber bullets, while another man had suffered a severe facial injury after being hit by a sound grenade.

The clashes came after an afternoon funeral march on Friday to honour Ahmed Jaber al-Qattan, a Shia teenager who died after being hit by bird shot fired by security forces during a demonstration on Thursday, according to opposition activists. The demonstration took place in the village of Abu Saiba, west of Manama.

The interior ministry acknowledged in a statement that a medical examination by the public prosecutor found that Qattan died of blood loss resulting from a bird shot injury, but the statement did not say who shot the teenager. The assistant undersecretary of legal affairs said on Friday that an investigation would be launched.

“The martyrdom of young Jaber falls under the systematic oppression of those demanding democracy in Bahrain,” al-Wefaq, the largest Shia opposition group, said in a statement on Friday.

Al Jazeera’s reporter in Bahrain said that at least 10,000 people joined the funeral march for Qattan through the villages of Shakoora, Janusan and Karana, chanting, “We will redeem you, Bahrain” and “Down with Hamad,” a reference to King Hamad bin Isa al-Khalifa, whose family has ruled the island monarchy for nearly 200 years.

Qattan was to be buried in Shakoora, his home town.

Predominantly Shia protesters have been demanding more rights and governmental reform in the Sunni-ruled kingdom since the beginning of the year, after protests broke out in Tunisia and Egypt.

Shias make up the majority of Bahrain’s population and have been joined by some Sunni protesters who want to see a more powerful legislature exert control over the country and the removal of Prime Minister Khalifa ibn Salman al-Khalifa, the king’s uncle, who has held his position for 40 years.

Security forces drove encamped demonstrators out of Manama’s central Pearl Square in March, but protesters have continued to come on to the streets in Shia villages.

Hundreds of people have been arrested and scores dismissed from their jobs. Many are being tried in a special security court, and dozens have received lengthy jail sentences. Five people have been sentenced to death. 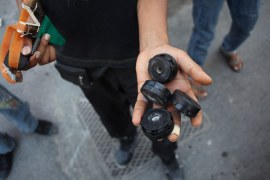 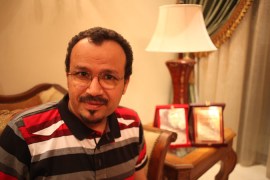 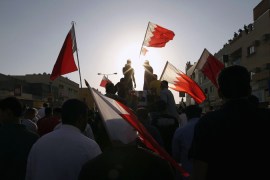