Leon Panetta, the US defence secretary, has called for “bold action” from Israeli and Palestinian leaders to achieve peace after cautioning that Israel was becoming increasingly isolated in the Middle East.

Panetta, on his first trip to Israel since becoming Pentagon chief, met Ehud Barak, the Israeli defence minister, on Monday at the start of his visit which includes separate talks with Palestinian President Mahmoud Abbas and Israeli Prime Minister Binyamin Netanyahu.

“I want to emphasise that there is a need, and an opportunity, for bold action on both sides to move toward a negotiated two-state solution. There is no alternative to negotiations,” Panetta said at a news conference with Barak in Jerusalem.

US-brokered peace talks collapsed a year ago after Netanyahu refused to extend a 10-month limited moratorium on construction in Jewish settlements in the occupied West Bank.

Abbas has conditioned a return to negotiations on a settlement freeze and applied last month for full Palestinian membership of the United Nations, a move opposed by the United States and Israel which have urged him to resume talks.

‘Not a good situation for Israel’

Speaking to reporters on his flight to Israel, Panetta said he would reaffirm US security commitments to Israel and try to help it improve its increasingly chilly relations with Turkey and Egypt.

“It’s pretty clear, at this dramatic time in the Middle East when there have been so many changes, that it is not a good situation for Israel to become increasingly isolated. And that is what has happened,” Panetta said.

Speaking at the news conference with Panetta, Barak echoed his US counterpart and said Israel had to work towards easing tensions.

“It is clear that in the world as a whole there are many who would like to see Israel cornered into a sort of isolation and it is clear to us that we have a responsibility to try to moderate, to ease tensions.”

Panetta’s visit to the Middle East, which includes meetings with Egyptian leaders, comes at a time when Arab popular demand for political change and tensions with Turkey have put Israel in a difficult position.

Egyptian protesters invaded the Israeli embassy in Cairo last month in anger over a clash that killed five border guards. The military government’s handling of that incident and comments afterward raised concerns about Cairo’s future commitment to its long-standing peace deal with Israel. 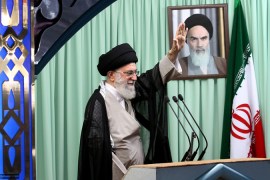 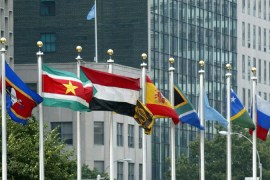