An 11-man peace commission is set to investigate the post-election conflict that killed more than 3,000 people and drove a million others from their homes in the Ivory Coast.

Speaking at a ceremony to inaugurate the commission, the Ivorian president, Alassane Ouattara, said the commission “will have to tackle difficult questions such as the land issue in rural areas and identity questions”.

The commission is being headed by Charles Konan Banny, a former prime minister. Banny said the process of the peace commission was vital to restoring peace in the West African nation.

The 2010 election in Ivory Coast was supposed to settle a 2002-2003 civil war that split the world’s largest cocoa grower into a government-held south and rebel-held north.

However, the inability of former leader Laurent Gbagbo to accept defeat under UN-certified results reignited ethnic tensions in the nation. Ouattara became the president following months of fighting that ended with Gbagbo’s capture and arrest in April.

Thousands who fled the violence to neighbouring Ghana and Liberia still fear attacks by mercenaries in an uncertain security situation.

“The commission does not have amnesty powers nor powers to absolve anyone or seek vengeance,” Banny said.

Gbagbo is set to face charges of “economic crimes” in the Ivory Coast as well as separate charges at the International Criminal Court in the Hague. 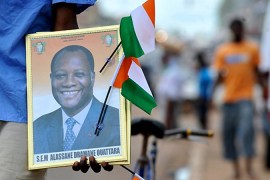 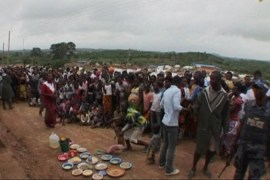 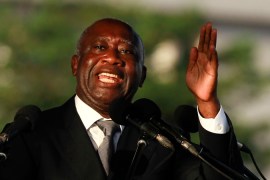 Laurent Gbagbo and his wife charged with crimes ranging from armed robbery to looting.