The Shia cleric Muqtada al-Sadr has returned to his home city of Najaf in central Iraq, after years of self-imposed exile in Iran.

His return to Iraq comes after his faction struck a deal to be part of a new government.

Mazan al-Saidi, a Sadrist cleric in Baghdad, confirmed that al-Sadr was visiting the southern Iraqi city of Najaf.

Al-Saidi said that the first thing Muqtada did was to visit the Imam Ali Shrine, then the grave of his father and finally went to his family house in Hanana.

Hundreds of the cleric’s followers flocked to the shrine in the city to chant “Yes, yes to Muqtada” as he arrived, dressed in clerical black robes and a black headdress.

The leader had fled to Iran in late 2008 after an arrest warrant was issued for him.

Al-Sadr is reported to have been in Iran pursuing religious studies in the city of Qom.

His return is expected to boost the government led by Nouri al-Maliki, Iraq’s prime minister, as he tries to establish his second government with Sadr’s support.

“He is coming to lead … not to sit in his offices in Najaf to receive his followers. He is there to consolidate his support, to actually reap the fruits of his involvement in the government.”

“Without him Iraq wouldn’t have a government; Maliki wouldn’t be a prime minister,” Atwan added, emphasising that al-Sadr was not exiled, but had gone to Iran “in order to learn.”

“His return will also consolidate the Iranian influence in Iraq,” Atwan said.

It was not immediately clear how long al-Sadr would stay in Iraq or whether the return marked a permanent decision to remain in the country, where his presence would certainly mark a significant shift in Iraqi politics.

Al-Sadr, said to be in his 30s, gained wide popularity among Shias in Iraq in the months after the US-led invasion of 2003, when his Mahdi Army fighters battled US troops.

In August 2008, he suspended the activities of his fighters, which once numbered in the tens of thousands, following major US and Iraqi assaults on its strongholds in Baghdad and southern Iraq in the spring of that year.

Ahmed Rushdie, an Iraqi journalist, spoke to Al Jazeera from Baghdad about the significance of al-Sadr’s return.

Rushdie said the return would put pressure on al-Maliki, especially now that he is appointing ministers for security positions in his cabinet.

“Muqtada al-Sadr and his followers now are making a lot of deals trying to enter such delicate positions,” Rushdie said.

Rushdie added that the situation raised concerns about how the Shia in Iraq would deal with such negotiations, “especially since they are very concerned with the American withdrawal from Iraq, how to control such positions and how to distribute the whole cabinet’s positions”.

Rushdie said he felt the peace made between al-Sadr and al-Maliki “is very fragile, it is not on a very concrete base”.

“Maliki until now didn’t make a concrete promise to Muqtada al-Sadr that he will participate in the cabinet effectively and especially in security matters,” he said.

Rushdie said he felt “the Americans have the upper hand” over the appointment of security positions. 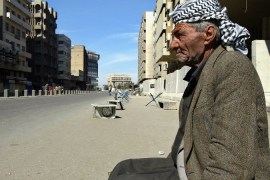 With a sectarian power-sharing agreement and interfering neighbours, Iraq is looking a lot like Lebanon. 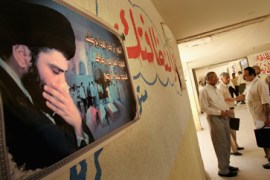