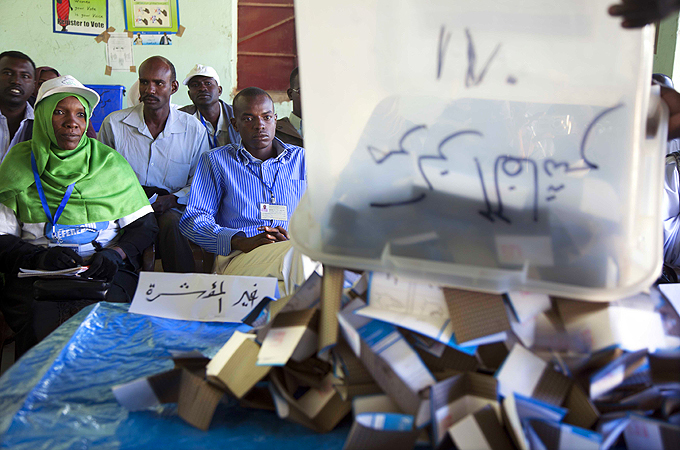 Ali Osman Mohamed Taha, Sudan’s vice president, has said that he accepts the oil-producing south’s split after the first official results showed a 99 per cent vote for independence in a referendum hoping to end a bitter cycle of civil war.

“We announce our agreement and our acceptance of the result of the referendum announced yesterday.

“We wish our brothers in the south good luck and a fruitful future in organising the issues surrounding the new country.” said Taha on Monday.

The comments end speculation that hard-line elements in the Khartoum government would delay recognition of the referendum to garner leverage ahead of talks on how to divide the country’s assets and liabilities.

Taha negotiated the 2005 accord with southern rebel leader John Garang who died three weeks after taking office in the coalition government formed under the deal.

The south is now looking to the international community to recognise its independence, which will likely happen once the final results are confirmed next month.

“We expect this outcome to be confirmed by members of the international community,” South sudan’s president Salva Kiir said at an African Union summit in Addis Ababa.

“We have no interest in returning to the bitterness and divisions of the past. We desire the democratic transformation of Sudan. Today the ballot box has triumphed over the bullet.”

The initial results showed those who cast their ballots in south Sudan’s referendum voted in favour of secession from the north, a referendum official has said.

“The vote for separation was 99.57 per cent,” Chan Reek Madut, the deputy head of the commission organising the vote, told cheering crowds on Sunday in the first official announcement of preliminary results.

The figure did not include voters in north Sudan and other countries, a small proportion of the electorate. Final results from the January 9-15 referendum are expected early next month.

Madut said voter turnout in the south was also 99 per cent. He said more than 60 per cent of eligible voters turned out in the country’s north, 58 per cent of whom voted for secession.

Five of the 10 states in the south showed a 99.9 per cent vote for separation and the lowest vote was 95.5 per cent in favour in the western state of Bahr al-Ghazal which borders north Sudan, according to the preliminary results.

According to the commission website, 3,851,994 votes were cast during the week-long vote.

“They have to form an interim government for a transitional period of six months and then fresh elections must be held,” she said.

“The key thing for the president of south Sudan, Salva Kiir, is that this provisional government must be representative of all the tribal groups.”

Hundreds of officials and diplomats had gathered at the grave of John Garang, a rebel leader, for the announcement.

“The prayer I say the people of Southern Sudan have been waiting for for 55 years, the prayer of a country,” Episcopalian Archbishop Daniel Deng said as he opened the ceremony.

“Bless the name of this land, southern Sudan,” he said.

The referendum was promised in a 2005 peace agreement that ended more than two decades of conflict between the Christian-dominated south and the mainly Arab Muslim north. 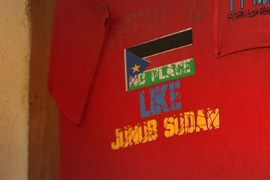 Juba residents ponder what to name new country that will separate from Sudan. 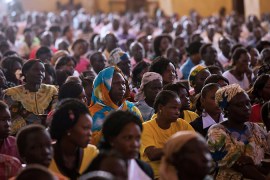 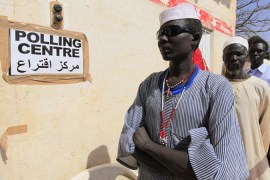 What lies ahead for the current leadership in Khartoum as it faces the prospect of losing traditions and territory?