The UK government is to change controversial counter-terrorism measures introduced by the previous administration following a review of procedures, the country’s interior minister has announced.

Theresa May said on Wednesday that control orders, which impose 16-hour curfews on suspects, would be replaced by an alternative supervision system called “terrorism prevention and investigation measures”.

There are currently eight British citizens subject to the control orders, which also impose electronic tagging, visitor restrictions and other constraints.

The new rules would see suspects required to stay at home for up to 10 hours but only overnight, and they would be allowed to use a mobile phone and be given limited access to the internet, undoing two current constraints.

The rules will only apply to terrorism suspects who cannot be prosecuted or deported, either because the evidence against them is inadmissible or sensitive, or for fear of torture abroad.

The changes will also end the practice of relocating some of the most serious suspected terrorists away from their family and friends.

“This is a form of internal exile,” Ken Macdonald, a former director of public prosecutions who oversaw the review, said in his report.

The measures will also be limited to two years and only be renewed if evidence shows that suspects have “re-engaged in terrorism-related activities”.

Critics had condemned control orders for violating basic civil liberties, but some have already said the new measures are nothing more than a watered down version of the previous rules.

Shami Chakrabarti, the director of Liberty, a human rights group, said Wednesday’s announcement on control orders had been “rebranded, if in a slightly lower-fat form”.

“As before, the innocent may be punished without a fair hearing and the guilty will escape the full force of criminal law. This leaves a familiar bitter taste,” she said.

The UK’s anti-terrorism policies have long been considered one of the toughest in the West, allowing police to hold suspected terrorists for up to 28 days before they must be charged or released.

Under new measures announced earlier this month, UK police will now have only 14 days to hold terrorist suspects.

The government has also limited the ability of officers to conduct random searches of the public.

She said the new measures would “restore civil liberties while still allowing the police and security services to protect us”.

“They are in keeping with British traditions and our commitment to the rule of law. I also believe they will restore public confidence in counter-terrorism legislation,” she said.

But she added that the government would be able to reintroduce a more stringent regime on short notice if there were fears of an imminent attack. 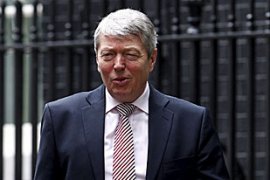 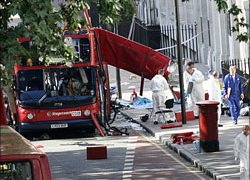 New terror attacks on Britain are likely, including suicide bombings like the ones that killed 52 commuters on London’s transportation system, a watchdog on anti-terror measures has said. 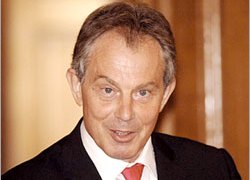 Up to 2000 people from more than 50 Islamic organisations in Britain have demonstrated in London to condemn what they called heavy-handed procedures in the fight against global terrorism.