The five Somali pirates captured during a raid by South Korean commandos on a hijacked ship last week should be prosecuted in South Korea, the country’s defence ministry has said.

Kim Min-Seok,  the defence ministry spokesman, said on Tuesday that “the basic stance of our government is that they must be punished here”.

The navy commandos stormed the Samho Jewelry, an 11,500-tonne freighter hijacked on January 15 in the Arabian Sea, on Friday.

They rescued all 21 crew members in the raid in which eight pirates were killed and five seized. None of the crew were hurt apart from the captain, who suffered a bullet wound to his stomach from a pirate’s bullet.

Kim Kwan-Jin, South Korea’s defence minister, said on Monday that the captured pirates should be tried in South Korea.

But he also told politicians he would consult with other ministries about the possibility of swapping them for the crew of another South Korean ship, the Geummi 305.

The trawler with two South Koreans, two Chinese and 39 Kenyans aboard was hijacked on October 9 in the Indian Ocean.

However, the ministry spokesman ruled out a possible swap, saying that “it’s not appropriate to exploit those who committed a crime”.

Officials said that a final decision on the captured pirates would be made as early as Thursday when the freed ship, escorted by a South Korean destroyer, arrives in the Omani port of Muscat.

The rescue was seen as a major morale boost for the South’s military, which faced strong domestic criticism for a perceived weak response to North Korea’s shelling of a border island in November.

It also sparked new calls for the release of the Geummi 305. The ransom negotiations for the vessel remain stalled because its owners went bankrupt.

Piracy has surged in recent years off Somalia, which sits astride one of the world’s most important shipping routes, leading to the Suez Canal.

Dozens of ships have been hijacked and held for ransom. Since 2006 three South Korean vessels have been seized and released after ransoms were paid.

International warships patrol the area in a bid to clamp down on the problem.

But a UN study said Monday that nine out of 10 pirates caught at sea are freed almost straight away because there is nowhere to try them.

It called for a court to be set up under Somali jurisdiction but in a foreign country to help address the problem.

UN also urged countries to adopt legislation to handle pirates who committed acts outside their territory.

In June 2010, a court in the Dutch port city of Rotterdam jailed five Somali pirates over an attack on a cargo ship in the Gulf of Aden, the first conviction of its kind in Europe. 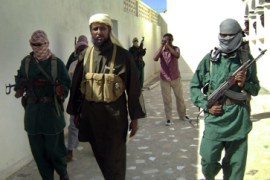 Somalia: The next Afghanistan?

The African country has been without a functioning government for 15 years. 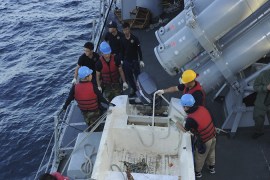 All 21 crew members aboard a hijacked ship freed and eight Somali pirates killed in navy operation. 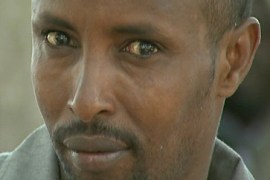 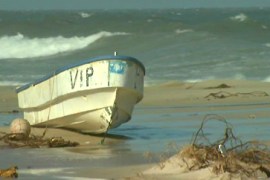 Eyl is where most of the hijacked vessels are kept by the well-armed pirates.