Lebanon’s president has formally appointed a Hezbollah-backed candidate as prime minister-designate and asked him to form a new government.

MPs in Beirut voted on Tuesday to back billionaire businessman Najib Mikati, the candidate Hezbollah had proposed as a prime minister.

He gained 68 votes to Hariri’s 60, putting the Hezbollah-led opposition in a position to form a government.

The defeat of Western-backed Saad Hariri, who has been prime minister since 2009, comes as Sunnis protested the rising power of the Syria- and Iran-backed armed group Hezbollah, burning tires and torching a van belonging to Al Jazeera in a “day of rage” in the country.

In a televised statement, Hariri tried to calm the anger that had poured onto the streets.

“I understand the shouts of anger that have come out of your chests,” said Hariri.

“But it is not right that this anger leads us to what is against our values and upbringing and our belief that democracy is our only resort and the only way we express our political stance. … Raise the Lebanese flag high above your head and know that I will always be with you,” he said.

The Lebanese army fired bullets into the air on Tuesday in the northern city of Tripoli to control hundreds of protesters who burned tyres and blocked roads in protest over Mikati’s nomination.

Al Jazeera’s Zeina Khodr, reporting from Beirut, said that protests were quick to break out after the announcement.

“People have come onto the streets, especially in strongholds of Saad Hariri, demonstrating against the selection of Mikati,” she said.

She added that several districts of northern Lebanon, as well as the port city of Tripoli, have seen protests by supporters of the March 14 coalition, led by Hariri.

Mustafa Alloush, a member of Hariri’s Future Bloc party, told Al Jazeera that protesters were angry because they believe that Hariri is the legitimate prime minister and that they “feel that their pride has been injured by the way things have been done.”

Mikati told reporters that he wants to form a unity government. Even though Hezbollah backed him, he is seen as a relatively neutral figure who enjoys good relations with both Bashar Assad, the Syrian president, and Hariri, although the latter has said he would not be part of any new unity government.

Alloush, a former MP, told Al Jazeera that Hariri would not co-operate because under the present circumstances,  a true unity government would not be possible.

“The way things are going, any new cabinet would be under the hegemony of Hezbollah” Alloush said.

“And Hezbollah wants one thing: The withdrawal of Lebanon from the tribunal and …they want Lebanon to be part of the Syrian-Iranian alliance.”

The 55-year-old Sunni businessman portrays himself as a consensus candidate who can work with all of Lebanon’s rival political camps.

“I will co-operate fully with all Lebanese to form a new government that  protects the unity and sovereignty of our country,” Mikati said on Tuesday after learning of his nomination.

He was chosen as caretaker prime minister in April 2005, when an outcry over Rafiq al-Hariri’s killing forced Syria to withdraw its troops from Lebanon.

Mikati served three months until the election won by an alliance of Sunni, Druze and Christian parties led by Hariri’s son, Saad.

Mikati served as minister of public works and transport in three cabinets between 1998 and 2004.

“We have supported the nomination of … Mikati and we call on him to form a national partnership government. The Lebanese have a chance to close ranks,” Nasrallah said in an address to thousands of supporters on Tuesday.

While Catherine Ashton, the European Union’s foreign policy chief called on Mikati to “broadcast possible consensus in forming his government,” having a Hezbollah-backed prime minister is especially problematic for the US, which views the party as a terrorist organisation.

The White House is considering exactly how to respond to the new government forming this week in Beirut and has opened a review into its assistance programs to the country. Cuts or realignment to political, economic and military aid to Lebanon are likely if Hezbollah takes a major governmental role, officials said. The US has imposed sanctions against the group and its members, who US officials are barred from meeting.

“A Hezbollah-controlled government would clearly have an impact on our bilateral relationship with Lebanon,” Hillary Clinton, US secretary of state, said.

“Our bottom lines remain as they always have been. First, we believe that justice must be pursued and impunity for murder ended,” Clinton said.

“We believe in Lebanon’s sovereignty and end to outside interference. As we see what this new government does, we will judge it accordingly.”

Hariri’s government collapsed when Hezbollah and its allies pulled out 11 ministers from the cabinet in a dispute over the Special Tribunal for Lebanon, which is investigating the 2005 murder of Saad’s father and the country’s former prime minister, Rafiq al-Hariri.

Nasrallah has accused the Netherlands-based tribunal of being under US-Israeli control.

Nasrallah has also said he expects the tribunal will implicate Hezbollah members and warned of grave repercussions. 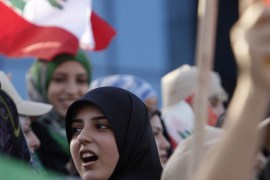 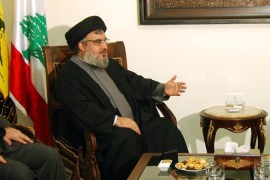 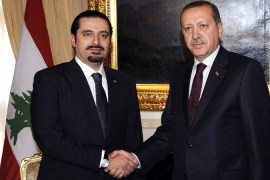 Hariri is obliged to support the assassination tribunal, yet clarify that his country will not enforce its mandate.