At least 35 people have been killed and scores more injured in a suspected suicide blast at the Russian capital’s busiest airport.

Dmitry Medvedev, the Russian president, said the management at Domodedovo airport in Moscow should be held accountable for the security lapses that allowed a suspected suicide bomber to bring in explosives for Monday’s attack. 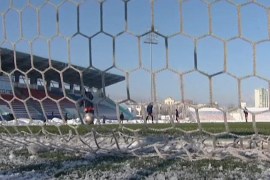 Billions being spent on stadiums and infrastructure to host 2018 football World Cup. 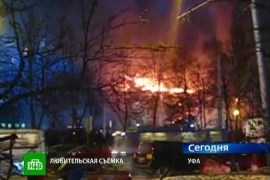 Two people have been killed and five wounded in fire that broke out in the largest city in Russia’s Bashkiria region. 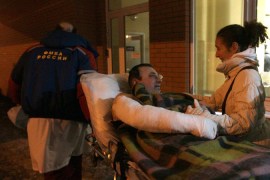 At least 35 people killed and scores injured in a suspected suicide blast at the Russian capital’s busiest airport.