The newly-revealed Palestine Papers provide us with an intimate, authoritative and fairly comprehensive record of the last ten years of the peace process, of which the administration of US President Barack Obama has provided but the most recent chapter. President Obama himself, not being an expert in this area, probably has an imperfect grasp of this history, though his own recent hard experience in Israeli-Palestinian peacemaking has probably taught him much. I also know well that the most senior government officials, forced to deal with the daily onslaught of events, have little time or opportunity for genuine strategic thinking, the proliferation of so-called Strategic Policy Reviews notwithstanding. 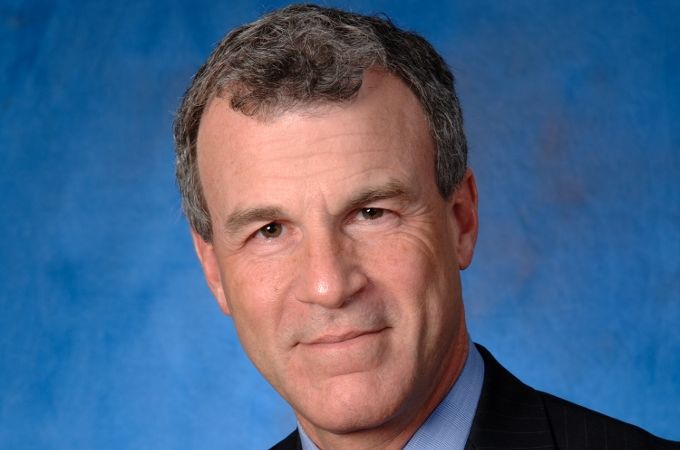 But let us suppose that President Obama, equipped by his aides with a carefully-chosen selection of documents drawn from The Palestine Papers, devoted an entire weekend at Camp David to peruse them. Being both highly intelligent and perceptive, what insights might he gain, and what conclusions might he draw concerning future US policy?

Let us also suppose that the president, having fully grasped the record of the last ten years, decided that he must strike out in an entirely new direction, and must explain in as honest and sincere a manner as possible his reasons for doing so. Such communication from this president is not unprecedented. Forced during his election campaign to explain the apparent contradiction between his professed views and those of a pastor to whom he was personally connected and often turned for advice, Mr. Obama spoke eloquently and movingly about race relations in America. More recently, confronted with a violent attack on a US politician deemed by some to be the result of hostile political rhetoric, the president has spoken insightfully about the need for greater public comity, in a way which has appealed even to his sharpest detractors.

What, then, might the president say in this case? What follows is my fantasy of what the president could be inclined to say, even if political constraints convinced him in the end not to say it – delivered not in a speech to the American people, but in open letters to the Israelis and to the Palestinians. Herewith, his letter to the Israelis.

An open letter to the people of Israel

To the people of the great state of Israel:

I write you these words as the president of your most important and faithful ally, and, more personally, as a friend. I have had occasion of late to review the broad sweep of our relations, and particularly the involvement of my country in the longstanding effort to achieve a true peace in your region, a peace in which both Israelis and Palestinians can find their proper place, to live in dignity and in harmony with each other and with all their neighbors.

Having reviewed this history, and having tried myself, earnestly, to contribute to the noble goal of peace between the peoples who share the Holy Land, I have reluctantly concluded that the US must withdraw from direct and active involvement in this process. I take this decision not out of malice, nor out of indifference to your fate. On the contrary, peace in your region remains a vital humanitarian concern, and well as in the vital interest of the United States. However, it is also my firm belief that the interests of all concerned, and perhaps those of the United States most of all, will best be served if the US withdraws from the negotiations, and that others, capable of impartiality in a way that we ourselves are not, take our place.

It pains me to make this admission. But the clear and sustained record of the last 63 years, greatly amplified in the last 20, tells us that the passionate attachment to Israel of many of my fellow citizens, however noble and well-intentioned, has blinded us, and has made us incapable of defending either our interests or yours.

There will be those who say that American withdrawal will end the peace process. In fact, the peace process, as currently understood, has already ended. A two-state solution in the Holy Land is no longer possible. The policy of creating settlements throughout the West Bank, illegal under international law, has had its intended effect. The facts on the ground are undeniable, and beyond your political capacity to change. And although recent revelations have shown the Palestinian leadership willing to accept Israeli settlers into their own state, the presence of such a large number of Jews, whom you would justly and understandably feel constrained to protect, renders the concept of “two states for two peoples” substantially moot.

Moreover, I must tell you, again as a friend, that there lurks in these formulations, in the linking of citizenship and race, and in the insistence of some on gaining recognition of Israel as a “Jewish state,” a grave danger – not a physical one, but a moral one. The strength of Israel and its legitimacy in the community of nations rests not on its military might, but on the humane and democratic values which it has always espoused – even if, where some are concerned, those values are observed in the breach.

Now, recent revelations tell us that the head of your largest political party, and a long term participant in negotiations with the Palestinians, has made clear that a redrawing of the 1967 borders would perhaps not be a simple matter of trading land for occupied territory annexed by Israel, but instead a sinister effort to rid Israel of a significant number of its Arab citizens, by transferring the territory they inhabit, without their consent, to a newly-created country. This is unworthy of you, and leaders who promote such ideas betray your values. Indeed, they pose a dire threat to the moral legitimacy of the state.

Like yours, my own country must live with a legacy of injustice. Like you, the understandable but single-minded zeal which led to the creation of our country was attended by the unjust dispossession of others. Until recently, Americans of color, deemed different and a threat, have been systematically denied their rights. This is a legacy with which we struggle yet. But with time, understanding, and sincere application we have at least partly remedied the wrongs of the past. I am confident that Israel, in its admittedly very different circumstances, can do the same.

It cannot be done, however, by attempting to banish the Palestinian population to an essentially stateless existence, dominated by an unrepresentative class of overseers, and denied its democratic rights.

Make no mistake: We clearly recognize that it is not only Israelis who have sinned; Israelis have also been sinned against. There are those among the Palestinians who are committed to violence, including violence against innocents. We know that all those who engage in genuinely criminal acts must first be isolated, and then ultimately brought to justice. This can only happen, however, when the vast majority among both the peoples who inhabit ancient Palestine share a common vision of a just and peaceful future.

Please know as well that America should and will remain committed to Israel’s safety, and is supportive of the Zionist commitment to provide a secure homeland for the Jews. These worthy goals can and must be achieved, however, without prejudice to the rights and aspirations of those who share a love of, a commitment to, and a birthright in the land between the Mediterranean and the Jordan.

I fully recognize that these sentiments remain highly controversial, and that both the current government and many citizens of Israel do not now accept this vision of the future. I must tell you, however, that without fundamental change, Israel is likely to face growing isolation in the family of nations. In the face of such pressures hearts have softened in the past; we will see such changes again.

You must also know that while America’s fundamental commitment to Israel remains strong, my administration will not willingly bear the moral burden of supporting our friends in error. Where US assistance is being applied to an unjust cause, that assistance will end. Many in our own Congress will object. But I feel ultimately secure in the knowledge that the essential commitment of the American people to justice is strong.

I have every confidence that, in time, Palestinians and Israelis can create a single, binational state, in which all share equal justice and equal opportunity, and which will continue to serve Israel’s founding intent. This process will require much understanding and difficult negotiation. Though America must step aside, we will strongly encourage the independent efforts of other nations and international bodies to provide such support and mediation as the two sides may require. God willing, their efforts and yours will eventually be blessed with success.

President of the United States of America

Robert L. Grenier is Chairman of ERG Partners, a financial advisory and consulting firm. He retired from CIA in 2006, following a 27-year career in the CIA’s Clandestine Service. Mr. Grenier served as Director of the CIA Counter-Terrorism Center (CTC) from 2004 to 2006, coordinated CIA activities in Iraq from 2002 to 2004 as the Iraq Mission Manager, and was the CIA Chief of Station in Islamabad, Pakistan before and after the 9/11 attacks. Earlier, he was the deputy National Intelligence Officer for the Near East and South Asia, and also served as the CIA’s chief of operational training. He is credited with founding the CIA’s Counter-proliferation Division. Grenier is now a life member of the Council on Foreign Relations, and speaks and writes frequently on foreign policy issues.