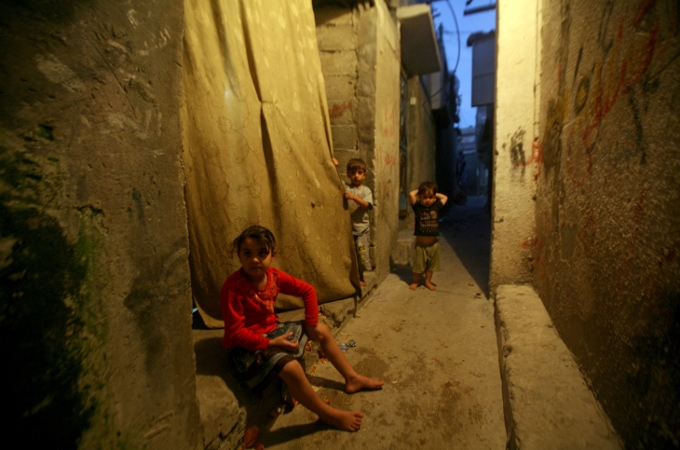 It’s a core issue of the Palestinian-Israeli conflict that dates back to Israel’s creation: the forced expulsion in 1948 of hundreds of thousands of Palestinians from their homes by Israeli soldiers and Jewish paramilitary groups. But The Palestine Papers show that far from resolving this thorny problem, Israeli negotiators refused to even acknowledge their responsibility in creating the world’s largest refugee population.

Some of the most contentious meetings between Israeli and Palestinian negotiators involved the “refugee file”. On several occasions, Israeli officials insisted that negotiators should move forward and forget “the past”, even as hundreds of thousands of Palestinians continue to languish in refugee camps under abysmal conditions. As talks on refugees progressed during the Annapolis process, Israeli negotiators were aided by the US and French officials, who took their side on the issue of responsibility.

On March 24, 2008, Tzipi Livni, the then-Israeli foreign minister, said Israel alone should not bear the cost of financial compensation for Palestinian refugees in any final peace agreement. “Compensating refugees is an international matter,” she told Palestinian negotiators, “and that is why reference to responsibility would be wrong. [The reason for this is] because it was a problem for all Arab states, then it became a Palestinian Israeli conflict, with the Arabs on the sidelines asking for a resolution”.

Livni went on to say that Israelis, too, should be compensated.

Livni: “What about the people who suffered from terror attacks, are you going to apologise?”

Saeb Erekat [PA chief negotiator]: “We do. We condemn each one.”

Livni: “People suffer during war. People suffer with their lives. They die. We can relate both of us to the suffering.”

By August 31, 2008, these converging ideas on “suffering” were included in an offer conveyed by Ehud Olmert, the then-Israeli prime minister, to Mahmoud Abbas, the Palestinian president. It was delivered orally and without a traceable paper; and it was appallingly vague, diluting even the most basic refugee rights. The Palestinian Authority (PA) later summarised the offer in an internal confidential memo:

As Livni attempted to minimise the scope of Palestinian suffering caused by Israel’s creation and colonisation of Palestinian land, she also suggested that Palestinians close the book on their grievances once and for all, telling PLO negotiator Ahmed Qurei: “I feel like we can’t refer to the past”. To which Qurei replied: “I do not want to go back to the past to become its slave but to pave the way for the future.”

Three months earlier, on June 21, 2008, Livni had once again tried to deflect blame and to draw moral equivalence between Israelis and Palestinians. “Instead of responsibility we can talk of suffering of both our people,” she said. “By the way on responsibility – whose responsibility is it for keeping them in the camps? The Arab world! Responsibility is not just about the war, but what happened after. For creating false hope. [We need to address also] the Jewish refugees. Maybe as part of the international fund.”

Erekat’s reply: “But we never caused anything to the Jews. This will not be in an agreement.”

In a US-Palestinian bilateral meeting on July 16 of that year, Condoleezza Rice, the then-US secretary of state, echoed Livni’s sentiment, telling Palestinians that the responsibility is not Israel’s alone, and that, anyway, they need to move on.

Condoleezza Rice: “If you want to talk about responsibility it is the responsibility of the international community, not Israel. They created Israel.”

[Zeinah Salahi (of the PLO’s Negotiation Support Unit) argues that Israeli actions post-statehood are clearly their responsibility. This is dismissed by Rice.]

Rice: Responsibility is a loaded term. [Notes the example of reparations for slavery in the US.] I’ve always objected to it. It’s not forward looking. Would I personally be better off? I don’t know. But I do support affirmative action. […] Bad things happen to people all around the world all the time. You need to look forward.

Sensing that the US involvement in the refugee argument was not productive and its stance far from objective, on August 14, Erekat said American mediators should be excluded from this particular discussion:

Erekat: Recognition of responsibility is a bilateral issue. I don’t want the Americans to be involved in this.

But French officials held a similar view to the Americans. According to an email by PLO legal adviser Ziyad Clot summarising a meeting with a French delegation, then-foreign minister Bernard Kouchner said “since Israel was created under the auspices of the UN, the International Community must pay”. A Palestinian representative then suggested “the Brits have a major responsibility in the creation of the issue”, a statement that apparently went over well with the visitors. “The French loved it,” the email states.

Bernard Koucher also asked about “the status of the discussion between Israeli and Palestinian leaderships on that issue, his view being that it is the most difficult problem”.

Indeed, many people would agree with that assessment. But without an acknowledgment or apology from Israel on the refugee crisis, it’s an issue that’s unlikely to be resolved anytime soon.