Ahmed Qurei: What do you want from Jordan?

Tzipi Livni: A Palestinian state. This is a joke. I didn’t mean that.

It’s highly unlikely that Livni, Israel’s then-foreign minister and former Mossad agent, was joking when she said the above. Judging from what Livni is quoted as saying to Palestinian negotiators in The Palestine Papers, her humour is probably a half Freudian slip. Jordan was, after all, proposed as one “host” country for Palestinian refugees – with the blessing of Palestinian negotiators. And that’s no joke. 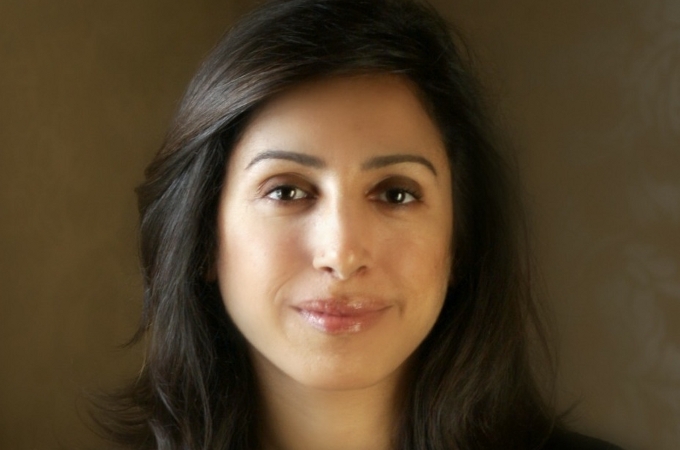 From the onset of the Palestinian-Israeli talks 18 years ago, the right of return (ROR) (together with Jerusalem and borders) were marketed to the Palestinian and Arab public as “sensitive” issues that were repeatedly postponed under the pretext of ‘final status talks.’ As the negotiations never progressed to reach any finality, it appears that they were only meant to convey to the Palestinian negotiators the fact that Israel will not allow the return of refugees. What The Palestine Papers reveal is that the Palestinian Authority accepts this.

While Jerusalem’s religious, historic and cultural value for the Arabs is obvious, its significance could be viewed as more symbolic than crucial for the existence of the Palestinians in a viable state. But the biggest nightmare for Israel is the issue of 6 million Palestinian refugees who, as per UN resolution 194, have the right to return to their homeland – from which they were forced to leave by Zionist gangs and their massacres between 1947 and 1949. During that time, 800,000 Palestinians were ethnically cleansed.

“That the refugees wishing to return to their homes and live at peace with their neighbours should be permitted to do so at the earliest practicable date, and that compensation should be paid for the property of those choosing not to return and for loss of or damage to property which, under principles of international law or in equity, should be made good by the Governments or authorities responsible.

Those 800,000 are now approximately six million, currently living in destitution in refugee camps in bordering Arab states, particularly Lebanon, Jordan and Syria. The rest have settled across the Arab world, the US and Europe.

What Palestinians consider an “inalienable and sacred right” – as enshrined in UN resolutions, International law and international humanitarian law – is viewed by Israel as a threat to its existence.

By the end of 2010, Israel’s Jewish population stood at 5.8 million. With 1.5 million Palestinians in Gaza, 2.5 million in the West Bank, 1.4 million Palestinian citizens of Israel, and between 5 and 6 million refugees, the total number of Palestinians totals approximately 10 million, which not only outnumbers the Jews in Israel, but defeats –if they succeed in claiming their right to return – the ideal of a purely “Jewish” state.

In other words, if even a fraction of the refugees exercise their right to return, they challenge the existence of the Zionist project.

The Palestine Papers portray a weak Palestinian leadership that appears willing to relinquish the right of return (ROR) in various ways.

In one instance, chief negotiator Saeb Erekat bluntly tells then-Belgian foreign minister Karel de Gucht on March 23, 2007 that the PA “will not give up refugees before permanent status negotiations” take place. Which means it is willing to give up their rights, but only after negotiations reach the final status stage i.e. Jerusalem, borders, settlements and refugees.

As Erekat indicates in the same meeting, most Palestinian refugees don’t count. He tells de Gucht that should the Palestinians hold a referendum on a final status agreement the diaspora will not vote: “It’s not going to happen.” The referendum “will be for Palestinians in Gaza, the West Bank and East Jerusalem. Can’t do it in Lebanon. Can’t do it in Jordan.” Perhaps Erekat knows that the large Palestinian populations in those countries would never accept the concessions he seems willing to make.

Worse, Erekat tells Livni on 13 November 2007, ahead of the Annapolis Conference:

Erekat: “We’ve never denied Israel’s right to define itself. If you want to call yourself the Jewish state of Israel—you can call it what you want. (Notes the examples of Iran and Saudi Arabia).”

By making this acknowledgment, Erekat – contrary to what he or other PA officials say in public – recognizes Israel as a Jewish state, with the implications this has on both the Palestinians living with Israel as second-class citizens whose very existence is under threat, or as refugees seeking to go home.

In the same pre-Annapolis meeting, Livni outlines the definition of two states: one is purely Jewish, the other for the Palestinians.

Livni: … and Palestine for the Palestinian people. We did not want to say that there is a “Palestinian people” but we’ve accepted your right to self-determination… If we can’t say two states for two people then we have a problem.

Livni chooses her words carefully. She avoids the term “two-state solution,” and emphasizes “two states” for “two people.” The all-Jewish Israeli state will have borders which diverge from the 1967 line, cutting deep into occupied Palestinian territory include the illegal Israeli settlements within its borders. Palestinians already living there will not exist within those borders.

And needless to say, she is conveying that, ultimately, there is no place for Palestinian refugees to return to their original homes within what has become Israel.

As shocking as her words are, Qurei and the five members representing the Palestinian side, including Saeb Erekat, apparently did not react, protest or attempt to object to her hints of ethnic cleansing their own people.

Two months later, in a meeting between Qurei and Livni on 27 January 2008, Qurei appears compromising on the Palestinian refugees’ right of return, by suggesting – in line with the decades-old Israeli solution of the issue – that Arab countries host them for good.

Qurei: As for the refugees, if the Arabs will be part of the solution there will be no problem in this issue. We’ve to engage countries that host the refugees directly or indirectly.

In the same meeting Livni recounts her vision of a pure Jewish state, and tells Qurei that Palestinian refugees can only return to what should become a Palestinian state.

Livni: The conflict we’re trying to solve is between two peoples. They used to say there were no Palestinian people; my father used to say so too. They used to say Palestinians were Arabs so let them find a solution in an Arab country. The basis for the creation of the state of Israel is that it was created for the Jewish people. Your state will be the answer to all Palestinians including refugees. Putting an end to claims means fulfilling national right for all.

So what does the PA chairman Mahmoud Abbas do?

According to an email document from Ziyad Clot, a member of the Negotiations Support Unit (which was part of the Palestine Liberation Organisation’s negotiations department) on July 24, 2008:

“Abu Mazen offered an extremely low proposal for the number of returnees to Israel a few weeks only after the start of the process [in Annapolis].”

Clot describes the Palestinian leadership as “weak” and adds that, as a result of the “pressure” on Abbas, Qurei and Erekat regarding the refugees, “there is clear risk” they will “comply with US instructions and discuss the [refugee] issue under the conditions imposed by the US.”

But months earlier, Palestinian negotiators appear accepting of the Israeli vision for the refugees. In a meeting on 22 January 2008 with Erekat and Qurei, Livni talks about “compensation for host countries” for Palestinian refugees during “multilateral talks.” Qurei doesn’t object to the principle of relinquishing the right of these refugees to return, and instead replies that this will be discussed “confidentially” with host countries.

When Livni asks who will talk to Jordan (which hosts 1,951,603 Palestinian refugees) about the refugees, Qurei suggests “the US, Europe and the Quartet,” adding that “later we may engage Syria and Lebanon in the talks for the resettlement or return of refugees.”

Here Livni tells Qurei: “I don’t want to deceive anybody. There’ll be no Israeli official whether from the Knesset or the government or even the public who will support the return of refugees to Israel. There are many people in the world who are ready to contribute to the issue of refugees.”

By 2009, PLO chief negotiator Saeb Erekat admits to Mideast envoy George Mitchell that “19 years after the start of the process, it is time for decisions. Negotiations have been exhausted… Palestinians will need to know that 5 million refugees will not go back.”

It’s bewildering how, despite Livni’s clarity on the refugee problem, the same Palestinian negotiators are engaged in talks that they know have ceded almost every Palestinian right.

Now that their concessions are documented and out in the open, can any of these negotiators claim they were deceived by Livni’s honesty?

Amira Howeidy has been an Egyptian journalist since 1992. She has published extensively on Palestinian rights, human rights, civil liberties, Egypt’s domestic scene and dissent movements. Amira is currently assistant editor-in-chief of the Cairo-based Al-Ahram Weekly Newspaper and is the Cairo correspondent of the Lebanese daily Assafir. She co-authored a book on Informal Settlements in Greater Cairo and co-produced the award-winning documentary Geuvara ‘ash (Geuvra lives) in 2009.