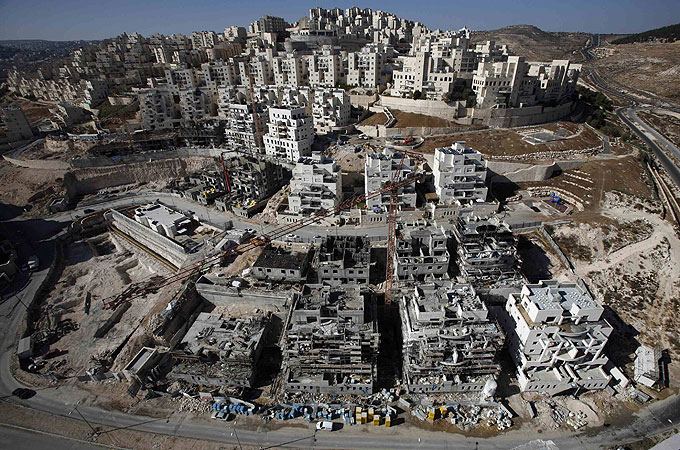 Al Jazeera’s release of The Palestine Papers helps to make clear why there is no Palestinian state. It illuminates a key flaw in Palestinian and western understanding of Israeli thinking. It is this flaw which helps explain why a state has failed to emerge – despite the many, many opportunities in the last nineteen years in which it could have.

The root premise has been, since the outset of the ‘process’, that Israel was intent on having and maintaining a Jewish ‘majority’ within Israel, and that with time – and a growing Palestinian population – Israel would have to acquiesce to a Palestinian state simply to maintain its Jewish majority: that is, by losing Palestinians into their own state, Israel’s Jewish majority could be conserved – and by these means, and only by such means, finally could such a majority be conserved.

It is a very compelling narrative. It suggested that a Palestinian state was inevitable: Palestinians simply had to ‘prove’ their readiness to assume statehood to Israel – and a state would be given them.

Professor Mushtaq Khan from London’s School of Oriental and African Studies argued in a recent talk that it was precisely this type of analysis that lay behind Fatah’s approach to Oslo. It explains, he argues, why the Palestinian leadership at this time never made real attempts to create serious bargaining power vis-à-vis Israel: the leadership simply did not think it necessary. They saw their task to be ‘confidence building’ with the Israelis. Professor Khan notes that Oslo was conducted not as a serious negotiation, but more as a confidence building exercise by the Palestinians. The Palestinian participants did not follow any real strategy, but sought only to achieve the minimum that they believed was ‘saleable’ to their own people – ’67 territories – and stuck to that. Yasir Arafat did not even bother to read the 400 page accord before committing to it. Such was the power of the idea that a Palestinian state was inevitable – being an Israeli self-interest.

The Palestine Papers show that still the Ramallah leadership misreads Israeli motives. What is even more striking is how they misread them, even when they are ‘hidden’ in full view. An angered Tzipi Livni, in a pre-Annapolis negotiating session with Ahmed Qurei, spells out Israeli motivations: “I think that we can use another session – about what it means to be a Jew and that it is more than just a religion. But if you want to take us back to 1947, it won’t help. Israel is the state of the Jewish people — and I would like to emphasize the meaning of “its people” is the Jewish people — with Jerusalem the united and undivided capital of Israel and of the Jewish people for 3007 years….”

Kadima has tried to position itself as a voice of moderation in Israeli politics, a framing eagerly accepted by Palestinian negotiators. But The Palestine Papers reveal that the party’s leaders took an extremely hard line during negotiations, refusing to compromise on even the most basic issues.

Two months later, Livni tells Ahmed Qurei and Saeb Erekat, “Israel was established to become a national home for Jews from all over the world. The Jew gets the citizenship as soon as he steps in Israel, and therefore don’t say anything about the nature of Israel…The basis for the creation of the state of Israel is that it was created for the Jewish people. Your state will be the answer to all Palestinians including refugees. Putting an end to claims means fulfilling national rights for all.”

What Livni is saying is clear: She never mentions ‘Jewish majority’; her objective is a Zionist state. A Zionist state is one, she emphasises, that is open to any Jew who knocks at the door. It follows therefore it is a state that must conserve land and potential water resources for the new arrivals: ‘Jews from all over the world’. Israel in this conception cannot be a multi-cultural state: It is fundamentally a conceptualisation of differential rights for Jew and non-Jew. Minorities claiming equal political rights within a Zionist state represent an internal contradiction, a threat to this vision of a state based on special rights for Jews.

Once Israel’s purpose is understood to be Zionist, then, the advantages and disadvantages of a Palestinian state coming into existence take on a very different balance. This is the point here. Once the motives are understood as Zionist, it becomes clear that it entails a very different calculus of the benefits of Palestinian statehood – over the alternative motivation of preserving a Jewish majority.

From the outset, this motivation has been paramount: Israel’s settlements in the West Bank were about land, and control over water resources – and never about shaping a settlement map for the advent of a Palestinian state. Israel devolved some control over its people to Palestinian leaderships, but never the land or its resources. Policy always has been purely Zionist in conception.

But more pertinently, whilst Israel’s borders are not fixed, and ambiguous, Israel has been able to maintain differential rights for Jews and non-Jews. Were Israel – as a state – to be formalized, however, any minority within it, is likely to be emboldened to agitate for equal rights – whereas in their present ambiguous situation, minorities are fearful, and cautious to raise demands, lest they be ethnically cleansed in some future ‘population’ swap. The very ambiguity implicit in the threat of population exchange is a source of political quiescence, which benefits the Zionist objective.

Zionists are also likely to conclude that a Palestinian state, established alongside Israel, would be active in efforts to generate international support for the principle of minority rights in Israel – and thus threaten the Zionist basis of the state by delegitimizing their state as racist.

Ultimately the issue of differential rights for Jews and non-Jews is not in principle eased by establishing a Palestinian state. Its magnitude may be reduced from 40-50% to 20%, but the inherent contradiction remains unresolved – in either outcome. Against this ambivalent calculus, it is not surprising that the Zionist argument for keeping borders undefined, leaving Palestinians in deliberate uncertainty and hostage to their good conduct, whilst holding on to water and land resources, has trumped other Israelis arguing for downsizing the differential rights problem, and improving the minority’s treatment – albeit short of granting full rights to non-Jews in all matters. This is the calculus that has predominated. This is why we do not have a Palestinian state.

What is clear from The Palestine Papers is that the Ramallah leadership still does not ‘get it’. I think that President Arafat, from my discussions with him, ‘got it’ within months of signing Oslo; but here, nineteen years later, is Saeb Erekat still telling Senator George Mitchell’s deputy in January 2010 that the “Israelis want the two state solution, but they don’t trust. They want it more than you think, sometimes more than Palestinians. What is in that paper gives them the biggest Yerushalaim in Jewish history, symbolic number of refugees return, demilitarized state…What more can I give?”

It is evident from the papers that the Ramallah leadership treated Livni’s statements as being one of use of language – ‘they can call their state whatever they want’ – rather than an important and substantive objective with far reaching implications.

It represents the same ‘mote in their eye’ that Professor Khan noted in reference to the Palestinian approach to Oslo: a fixed belief that Israel will be forced to ‘give’ the Palestinians a state, but only if we, the Palestinians, can build Israeli and American ‘trust’. It is a failed understanding shared by many Europeans. ‘Fayyadism’, to which Europeans are so closely attached, rests on the same key flaw – a misunderstanding that Zionism equates to nothing more than a desire to maintain a ‘Jewish majority’ – and that if only Fayyad builds collaborative institutions, statehood somehow will become ‘irresistable’.

These Europeans almost certainly will be proved wrong: Tzipi Livni ‘told them’. She cannot be accused of hiding it – It seems though that nobody was listening.