One of the more astonishing revelations in The Palestine Papers — detailed records and minutes of the Middle East peace process leaked to Al Jazeera — is that the administration of US President Barack Obama effectively repudiated the Road Map, which has formed the basis of the “peace process” since 2003. In doing so it has backed away even from commitments made by the George W. Bush administration and blown an irreparable hole in the already threadbare “two-state solution.” 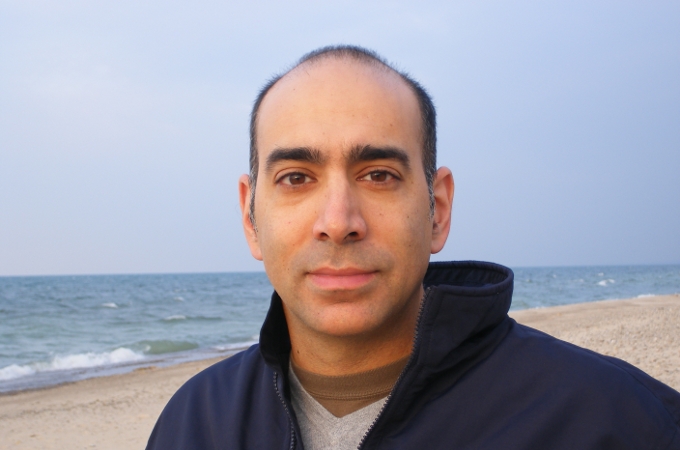 But even worse, the US position perhaps unwittingly opens the door to dangerous Israeli ambitions to transfer — or ethnically cleanse — non-Jewish Palestinian citizens of Israel in order to create an ethnically pure “Jewish state.”

Shortly after it took office in January 2009, the Obama administration publicly called on Israel to freeze all settlement construction in the occupied West Bank, including East Jerusalem. After months of grueling shuttle diplomacy by US envoy George Mitchell, Obama eventually made do with an Israeli promise of a ten-month partial settlement moratorium excluding Jerusalem.

While those talks were ongoing, frustrated Palestinian negotiators tried repeatedly to wrestle a commitment from Mitchell that the terms of reference for US-brokered peace negotiations that were to begin once the settlement moratorium was in place would be for the establishment of a Palestinian state on the 1967 line with minor, agreed land swaps between the Israeli and Palestinian sides. This, the Palestinians argued, was the position the Bush administration had endorsed and was contained in the Road Map peace plan adopted by the Quartet (US, EU, Russia and the UN) in 2003.

But in apparently contentious meetings between Mitchell and Palestinian chief negotiator Saeb Erekat and their respective teams in September and October 2009 — whose detailed contents have been revealed for the first time — Mitchell claimed the Bush administration position was nonbinding. He pressed the Palestinians to accept terms of reference that acquiesced to Israel’s refusal to recognize the 1967 line which separates Israel as it was established in 1948 from the West Bank and Gaza Strip where Palestinians hoped to have their state.

On 23 September 2009, Obama told the UN General Assembly that his goal was for “Two states living side by side in peace and security — a Jewish state of Israel, with true security for all Israelis; and a viable, independent Palestinian state with contiguous territory that ends the occupation that began in 1967, and realizes the potential of the Palestinian people.”

Expelling Israel’s Arabs, without their consent

In 2008, Israeli negotiators – including then-foreign minister Tzipi Livni – proposed “swapping” some of Israel’s Arab villages into a future Palestinian state, even though a vast majority of Israeli Arabs oppose such a plan.

But this did not satisfy the Palestinians. The next day during a meeting at the US Mission to the United Nations in New York, Erekat refused an American request to adopt Obama’s speech as the terms of reference for negotiations. Erekat asked Assistant Secretary of State for Near Eastern Affairs David Hale why the Obama administration would not explicitly state that the intended outcome of negotiations would be a Palestinian state on the 1967 borders with a third party security role and a staged Israeli withdrawal. Hale responded, “You ask why? How would it help you if we state something so specific and then not be able to deliver?” according to Palestinian minutes of the meeting.

At the same meeting, which Mitchell himself later joined, Erekat challenged the US envoy on how Obama could publicly endorse Israel as a “Jewish state” but not commit to the 1967 borders. Mitchell, according to the minutes, told Erekat “You can’t negotiate detailed ToRs [terms of reference for the negotiations]” so the Palestinians might as well be “positive” and proceed directly to negotiations. Erekat viewed Mitchell’s position as a US abandonment of the Road Map.

On 2 October 2009 Mitchell met with Erekat at the State Department and again attempted to persuade the Palestinian team to return to negotiations. Despite Erekat’s entreaties that the US should stand by its earlier positions, Mitchell responded, “If you think Obama will force the option you’ve described, you are seriously misreading him. I am begging you to take this opportunity.”

Erekat replied, according to the minutes, “All I ask is to say two states on 67 border with agreed modifications. This protects me against Israeli greed and land grab – it allows Israel to keep some realities on the ground” (a reference to Palestinian willingness to allow Israel to annex some West Bank settlements as part of minor land swaps). Erekat argued that this position had been explicitly endorsed by Secretary of State Condoleezza Rice under the Bush administration.

“Again I tell you that President Obama does not accept prior decisions by Bush. Don’t use this because it can hurt you. Countries are bound by agreements – not discussions or statements,” Mitchell reportedly said.

The US envoy was firm that if the government of Israeli Prime Minister Benjamin Netanyahu did not agree to language in the terms of reference the US would not try to force it. Yet Mitchell continued to pressure the Palestinian side to adopt formulas the Palestinians feared would give Israel leeway to annex large parts of the occupied West Bank without providing any compensation.

At a critical 21 October 2009 meeting, Mitchell read out proposed language for terms of reference:

“The US believes that through good faith negotiations the parties can mutually agree on an outcome that achieves both the Palestinian goal of an independent and viable state encompassing all the territory occupied in 1967 or its equivalent in value, and the Israeli goal of secure and recognized borders that reflect subsequent developments and meets Israeli security requirements.”

Erekat’s response was blunt: “So no Road Map?” The implication of the words “or equivalent in value” is that the US would only commit to Palestinians receiving a specific amount of territory — 6258 square kilometers, or the equivalent area of the West Bank and Gaza Strip — but not to any specific borders.

This is an earthquake. It not only up-ends the two-state solution as it is conventionally understood, but opens the door to possible future American acceptance of Israeli aspirations to create an ethnically-pure Jewish state by “exchanging” territories where many of Israel’s 1.4 million Palestinian citizens are concentrated. This would be a violation of these Palestinians’ most fundamental rights and a repudiation of the universally-accepted self-determination principles established at the Versailles Conference after World War I. It potentially replaces the two-state solution with what Israeli officials call the “two states for two peoples solution.”

Then Israeli Foreign Minister Tzipi Livni elaborated what this would look like during a November 13, 2007 negotiating session with Palestinian officials, confidential minutes of which were also revealed among The Palestine Papers:

“Our idea is to refer to two states for two peoples. Or two nation states, Palestine and Israel living side by side in peace and security with each state constituting the homeland for its people and the fulfillment of their national aspirations and self determination.”

Livni thus makes clear that only Jews are guaranteed citizenship in Israel and that Palestinian citizens do not really belong even though they are natives who have lived on the land since before Israel existed. It negates Palestinian refugee rights and raises the spectre of the expulsion or “exchange” of Palestinians already in the country. Yet Livni’s troubling statement appears to reflect more than just her personal opinion.

A 29 October 2008 internal Palestinian memorandum titled “Progress Report on Territory Negotiations” states that Palestinian negotiators rejected the notion that Palestinians could be included in land swaps. But, according to the document, “the Israelis continued to raise the prospect of including Palestinian citizens of Israel” in such swaps, during negotiations between Palestinian officials and the government of former Israeli Prime Minister Ehud Olmert.

In September last year, Israeli Foreign Minister Avigdor Lieberman presented a plan the UN General Assembly in which Israel would keep West Bank settlements and cede to a future Palestinian state some lands with highly concentrated populations of non-Jewish citizens. “A final agreement between Israel and the Palestinians,” Lieberman said, “has to be based on a program of exchange of territory and populations.”

While Lieberman heads the ultranationalist Yisrael Beitenu party, and Livni the Kadima opposition (often inaccurately perceived as more “moderate” than Israel’s current government), the two politicians’ views are symptomatic of increasingly overt racism within Israeli society.

The Obama administration’s failure to press Israel to accept the international consensus that the Palestinian state would be established on all the territories Israel occupied in 1967, except for minor adjustments, dooms the two-state solution. It may well be that a US administration that came to office promising unparalleled efforts to bring peace, ends up clearing the path for Lieberman’s and Livni’s abhorrent ideas to enter the mainstream.

This is not only catastrophic for Palestinian rights and the prospects for justice, but represents a return to nineteenth century notions, banished in the wake of two world wars, that population groups can be traded between states without their consent as if they were mere pieces on a chess board.