Thousands of Yemeni students, activists and opposition groups have held protests at Sanaa University, demanding President Ali Abdullah Saleh’s ouster in what appeared to be the first large-scale challenge to the strongman.

Around 2,500 students, activists and opposition groups chanted slogans against the president, comparing him to Tunisia’s ousted President Zine El Abidine Ben Ali, whose people were similarly enraged by economic woes and government corruption.

Police fired tear gas at the demonstrators, whose grievances include proposed constitutional changes that would allow the president to rule for a lifetime. Around 30 protesters were detained, a security official said. He spoke on condition of anonymity because he was not authorised to speak to the press.

Since the Tunisian turmoil, Saleh has ordered income taxes slashed in half and has instructed his government to control prices.

He also ordered a heavy deployment of anti-riot police and soldiers to several key areas in the capital and its surroundings to prevent any riots.

Nearly half of Yemen’s population lives below the poverty line of $2 a day and doesn’t have access to proper sanitation. Less than a tenth of the roads are paved. Tens of thousands have been displaced from their homes by conflict, flooding the cities.

The government is riddled with corruption, has little control outside the capital, and its main source of income – oil – could run dry in a decade.

Protests were also held in the southern port city of Aden, where calls for Saleh to step down were heard along with the more familiar slogans for southern secession. Police fired on demonstrators, injuring four, and detained 22 others in heavy clashes.

Musid Ali, executive director of the Yemeni-American anti-terrorism center, told Al Jazeera that protests in Yemen were natural given long years of suffering from dictatorship.

“It is natural for an uprising to come. This has come after 30 years of rule, people are hungry; there is no development for the people, people are fed up, people are saying Ali Saleh enough is enough.

“The Yemeni regime is the terror in Yemen, they are using al Qaeda to get more money from the west,” he said.

While some students protested against Saleh, others affiliated with his General People’s Congress demonstrated in his support, with banners calling for him to remain in office, and for parliamentary elections to be held in April.

Saleh said in December that parliamentary polls would take place in April with or without opposition parties, some of which have said they are considering boycotting the election. 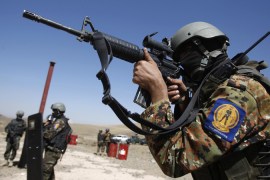 A look at recent violence in Yemen between the government and Houthi rebels, southern separatists and al-Qaeda fighters. 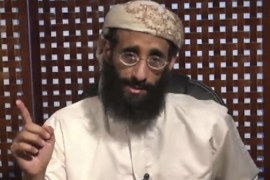 Court in the capital Sanaa links US-born cleric, hunted for string of attacks, to the killing of a French engineer. 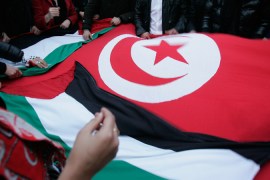 The move comes in the wake of protests across the region against high unemployment, rising prices and corruption.