An Israeli inquiry commission has defended the actions of the country’s troops during a deadly raid on a Turkish-led flotilla of ships carrying aid to the Gaza Strip last year.

The core findings were issued in a 300-page report released on Sunday by an Israeli government-appointed panel.

Made up of four Israelis and two foreign observers, the panel said Israel did not violate international law.

However, it did criticise the military planners of the mission for not taking into account the possibility of serious violence in the May raid.

“The soldiers were placed in a situation they were not completely prepared for and had not anticipated,” the commission said.

The report, which was was widely expected to exonerate the country’s military of any wrongdoing, contradicts a UN-backed report issued last year.

In September, a UN-appointed panel concluded that Israeli forces showed “incredible violence” during and after the raid on the flotilla that left eight Turkish activists and one Turkish-American dead.

The UN probe added that there was “clear evidence to support prosecutions” against Israel for “wilful killing” and torture committed when its troops stormed the aid flotilla.

“The conduct of the Israeli military and other personnel towards the flotilla passengers was not only disproportionate to the occasion but demonstrated levels of totally unnecessary and incredible violence.”

The commando raid on the group of aid ships prompting international criticism of Israel’s actions and soured relations with several countries, particularly Turkey.

Israel established its own commission of inquiry after rejecting criticism that its troops had acted with excessive force in the raid.

The inquiry commission, headed by Yaakov Turkel, a former supreme court judge, is reportedly also examining several other aspects of the raid, and is expected to release a second report at an as yet unspecified date.

That report is expected to look at the mechanisms available for complaints about the raid.

Giving testimony last year, Barak termed the flotilla a “planned provocation”. He said that top officials had suspected that the aid convoy’s organisers were “preparing for an armed conflict to embarrass Israel”.

“We regret any loss of life,” he said, “but we would have lost more lives if we had behaved differently.”

Commission members were authorised to submit questions to individual soldiers who participated in the raid only through a military committee.

The raid on the flotilla severely damaged Israel’s relations with Turkey, which had been one of the few Muslim countries to enjoy friendly relations with it.

Recep Tayyib Erdogan, Turkey’s prime minister, dismissed the inquiry’s findings. He told reporters on Sunday in Ankara, the capital of Turkey, that the Israeli report had “no value or credibility”.

Cengiz Aktar, a journalist with the Turkish Daily News, told Al Jazeera that this latest report is unlikely to change their relations for the better.

“The relationship between the two countries is slowing down at a tremendous pace, and this report won’t help. There were some attempts by some members of the Israeli cabinet, but it totally failed, and this report will be yet another blow. 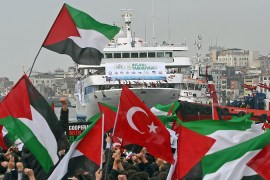 Israel rules out apology to Turkey

Israeli prime minister says he is prepared to express only “regret” to Turkey for loss of life in Gaza flotilla raid. 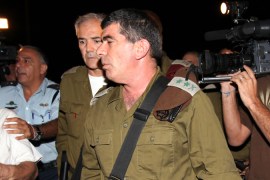 Israeli army chief back at inquiry 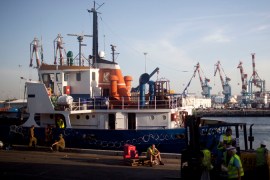 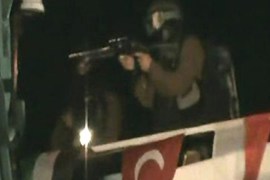