Libyan leader, Muammar Gaddafi, has said he regrets the fall of Tunisia’s president, Zine El Abidine Ben Ali, which has left the country in “chaos with no end in sight.”

“You have suffered a great loss … There is none better than Zine [El Abidine Ben Ali] to govern Tunisia,” he said in a speech broadcast on state radio and television on Saturday.

“I do not only hope that he stays until 2014, but for life,” he said, stressing that he considered Ben Ali, who fled to Saudi Arabia on Friday, still to be the “legal president of Tunisia under the constitution.”

He said Ben Ali did good things for Tunisia, hailing his handling of the country’s economy.

“Tunisia, a developed country that is a tourist destination, is becoming prey to hooded gangs, to thefts and fire,” he said.

Gaddafi said the Tunisian people were the “victims of lies” broadcast on the internet which had played a large part in Ben Ali’s ouster, adding that Tunisia was suffering bloodshed and lawlessness because its people were in too much of a rush to get rid of their president.

“Tunisia now lives in fear … families could be raided and slaughtered in their bedrooms and the citizens in the street killed as if it was the Bolshevik or the American revolution,” Gaddafi said.

“And for what? In order for someone to become president instead of Ben Ali?” he added.

“I do not know these new people, but we all knew Ben Ali and the transformation that was achieved in Tunisia. Why are you destroying all of that?” he asked. 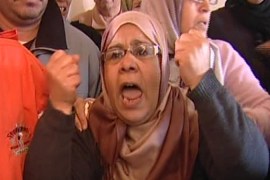 Situation remains tense in the capital as politicians try to form a unity government to fill the power vacuum. 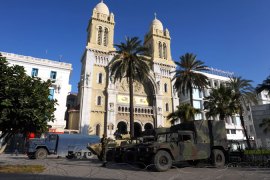 Fresh clashes erupt in Tunis and Carthage while politicians say new government set to be announced on Monday. 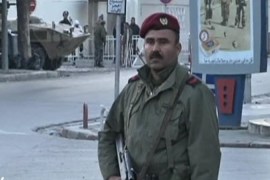 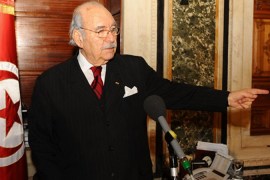