The US congresswoman who was shot in the head has been removed from a ventilator and is breathing on her own through a tube inserted into her windpipe, the University Medical Center in Tucson, Arizona, has announced.

Democratic congresswoman Gabrielle Giffords, who survived despite being shot through the head from point-blank range a week ago, remains in critical condition.

“A surgical procedure (tracheotomy) was performed this morning on the congresswoman to replace the breathing tube that ran down her throat with a tracheotomy tube in her windpipe, protecting her airway and freeing her from the ventilator,” the hospital said in a statement posted on its website on Saturday.

“Her recovery continues as planned,” it said. Surgeons also inserted a feeding tube.

Giffords, 40, opened her eyes for the first time minutes after Barack Obama, the US president, visited her Wednesday.

Six people died, including a federal judge and a nine-year-old girl, and 14 were wounded in the burst of violence a week ago outside a Tucson supermarket, where Giffords was holding a public event with her constituents.

The alleged attacker, Jared Loughner, a 22-year-old local resident, is in custody.

Christina Taylor Green, the youngest victim of the Tucson shootings, was laid to rest on Thursday, a day after Obama, hailed the 9-year-old as an inspiration to US politicians to heal their poisonous divisions. 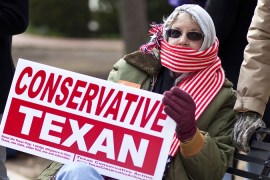 Free speech at any cost?

We ask if US politicians and political pundits are fanning the flames of hatred. 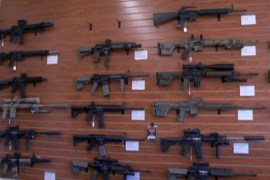 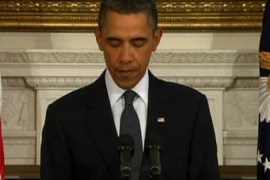 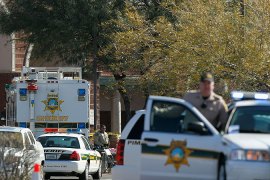