Saudi Arabia confirmed on Saturday that he and his family had been welcomed into the kingdom due to “exceptional circumstances” in Tunisia.

But the kingdom’s decision to house the embattled leader, in power for more than 23 years, sparked angry condemnation among many in Saudi Arabia and elsewhere: 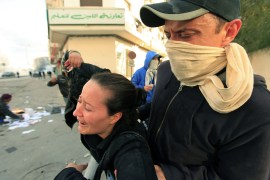