An Iraqi soldier has shot and killed two US troops and wounded a third at a training centre in Iraq, after having allegedly smuggled real bullets into a training exercise.

A US military official said the shooter was immediately killed by US soldiers who were running the training session at a US base in the northern city of Mosul on Saturday.

“This incident occurred during a training event being conducted by US forces as part of their advise and assist mission with Iraqi security forces,” a US military statement said.

The military confirmed that two soldiers were killed and said that a third was wounded by small-arms fire.

The statement did not detail what provoked the attack, and did not provide details of the US soldiers killed and wounded, or the Iraqi soldier who carried out the shooting.

The account of the shooting differed slightly from that provided by Iraqi sources.

Iraqi army sources, quoted by the AFP news agency, said that two Iraqi soldiers had opened fire, leading to the casualties, with both being arrested.

Another officer at Nineveh Operations Command, the security command for the province of which Mosul is the capital, said one of the two was shot dead by US forces and the other detained.

The Associated Press quoted an unnamed Iraqi source as saying that the shooting appeared to have been planned.

The incident is at least the second time in four months that US troops have come under fire from Iraqi soldiers in the north of the country. On September 7, two US soldiers were killed and nine others wounded.

While Washington declared an end to combat operations in August, about 50,000 troops remain stationed in Iraq.

The vast majority of US troops left – down from nearly 170,000 in 2007 – are all but confined to bases where they help train Iraqi security forces.

Meanwhile, another US soldier was killed on Saturday during an unrelated military operation in central Iraq, the US military said.

The death toll was the highest in a single day for American forces since July 2, when three soldiers died in separate “non-hostile” incidents, according to independent website www.icasualties.org. 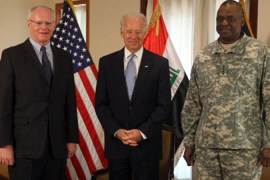 US vice-president arrives in Baghdad for talks on the future of American troops in Iraq, amid continued violence. 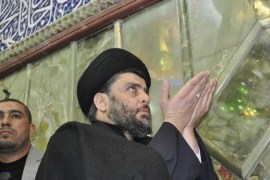 The return of prominent Shia cleric Muqtada al-Sadr will have an unpredictable influence on Iraqi politics. 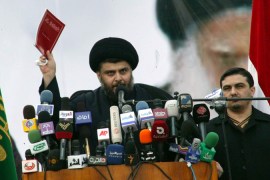 Al-Sadr calls on Iraqis ‘to resist’

Shia leader urges peaceful resistance and a rejection of violence in his first address since returning from exile.