Al-Qaeda’s chief of operations in Pakistan has been killed in a CIA drone strike, two US officials have said, though Pakistan’s military has denied any knowledge of such a strike.

The US officials identified the target of the drone attack as Abu Hafs al-Shahri, a Saudi national who had been serving as the senior figure in al-Qaeda’s central command in charge of dealing with operations inside of Pakistan.

The drone strike occurred in Pakistan’s tribal areas within the last few days, the officials said on Thursday, but they declined to provide more precise details.

“This is another blow at the core of al-Qaeda in Pakistan,” a US official said. “The loss of their chief of operations in Pakistan, an individual who played a key operational and administrative role for the group, will pose a challenge for [Ayman] Zawahiri.”

Zawahiri, an Egyptian doctor, succeeded Osama bin Laden, who was killed in a US raid, as al-Qaeda’s leader in May.

The official said al-Shahri had been “a contender” to assume some of the duties of Atiyah abd al-Rahman, a Libyan killed in an August drone strike. Rahman had reportedly assumed al-Qaeda’s second-in-command leadership role after bin Laden was killed by US commandos in the May raid on his Pakistani hideout.

The official said al-Shahri’s job included coordinating al-Qaeda’s “anti-US plotting in the region,” and working closely “with the Pakistani Taliban to carry out attacks inside Pakistan”.

Another senior al-Qaeda leader, Younis al-Mauretani, was recently captured in Pakistan’s tribal areas in a joint operation staged by US and Pakistani security forces.

US and European officials have said that as a result of recent successful operations to kill or capture senior al-Qaeda leaders, the group’s core organisation has been badly wounded and is almost certainly incapable of mounting another operation on the scale of the September 11, 2001, attacks in New York and Washington. 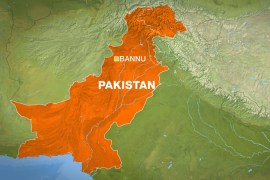 Police say pickup truck on patrol in Sarai Khan came under attack with assailants shooting from both sides of the road. 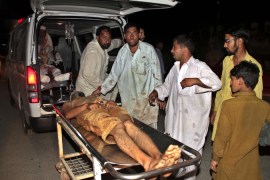 Deadly blast at funeral in Pakistan 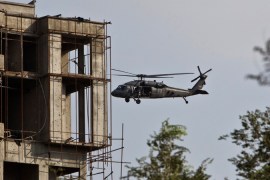 US ambassador describes series of attacks in Afghan capital, in which at least 16 people died, as “not a very big deal”. 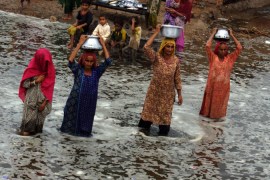 Pakistan: Bracing for a crisis

As Pakistanis once again suffer devastating floods, we ask if the country could have been better prepared.